Titanic II has captured the hearts of millions of people and for twelve hours brought the world to a standstill, says Blue Star Line chairman Professor Clive Palmer.

Professor Palmer said during the global launch in New York, Titanic II was the number one trending topic on twitter.

“This project had a massive impact on social media all around the world,” he said. 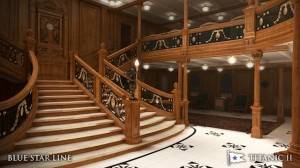 Professor Palmer said the global launch of Titanic II in New York and other events to mark the project to build a 21st century version of RMS Titanic held this month in Macau, Hong Kong, Halifax, London and Southampton had helped generate worldwide interest.

“The world has truly embraced Titanic II and the vision of Blue Star Line, to step back and enjoy the romance and dreams of a time gone by when life was simpler,” he said.

“We had 40,000 people register to go on the maiden passenger voyage in 2016 before the global launch and since then we have been inundated with requests from around the world from people wanting to get on board.

“The whole world is waiting to see Titanic II sail into New York’s harbour in 2016 to complete what will be an historic journey from Southampton.

“This ship will offer passengers the opportunity to reconnect with their loved ones and fall in love all over again. Titanic was a ship of dreams and Titanic II promises to be the ship where dreams come true.

“This project is about peace and love and bringing the people of the world closer together and it is a project that I believe will unite the three continents of Europe, America and Asia in a symbol of peace and love.

“As we saw with the characters Jack and Rose in the James Cameron blockbuster movie Titanic, people are captivated by love stories.

“I believe there is a bit of Jack and Rose in everybody and Titanic II will allow them to find this love within themselves.” 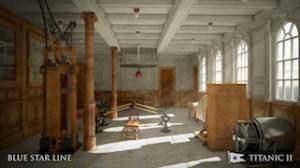