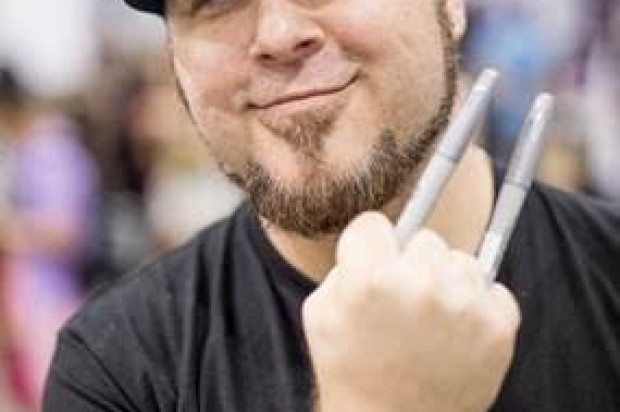 Tom Taylor is one pretty impressive talent. When you look at his anthology of work you can’t help but think how incredible he is to do what he does. Labelled as one of the biggest comic book writers of this time, Taylor’s work for DC Comics has clearly made him a star. Tom’s standout pieces include the series ‘Injustice: Gods Among Us’, ‘Earth-Two’, Marvel’s ‘Superior Iron Man’ and of course his famous ‘Star Wars’ collaborations. Tom has topped the New York Times bestselling booklist as a comic book writer, but has also shone as both a playwright and screenwriter. His latest screen project is an animated series “The Deep”, which follows the underwater adventures of the Nekton family and just had its ABC TV DVD release. Taylor is credited as co-creator, head writer and Executive Producer.

Is this man living the dream or what! Melbourne based Taylor lives with his two children 11 and 6. Our interview started with how this award winning creative writer’s very interesting journey began. So how did it all begin? It was back in high school Tom discovered he wanted to become a creative writer, his family already consisted of a few writers. Tom’s father was the night editor for “The Australian” and his uncle also worked as a writer so it was in his family blood Tom replies.

“I grew up in musical theatre and from the age of 14 I was already singing, dancing and writing, which lead me to become part of a mass musical which I became the script editor for to 160 in the cast.” He said. “I also did Street Theatre and became a professional juggler, so I used to eat fire and juggle knives on the street to earn a living! I was always up for entertaining people, that was the biggest thing I used to love, entertaining people in which now I do it in the form of writing. I like to see people have fun and make them laugh, maybe shock them, but overall let them have a slightly better good day if I can do that.”

Then things changed pace when one of Tom’s comic books was accepted. Tom goes on to say how much he loves comic books. “They are my absolute love, with coming from theatre and having acted, I worked in comedy shows which was all good, but I always wanted to be a comic book writer and I never knew how I would become that. With my youngest born I was working more as a playwright, my work was all round the world then and that all sounds impressive, but it isn’t! With up to four continents at one time and I think I made all up fifty dollars. Yeah I know….” With that Tom added “Theatre is a lot like crime, it doesn’t pay” he chuckled.

“One of my plays became a comic book which amounted to me making a call to one pretty amazing guy called Colin Wilson. Melbourne-based as well, we met for a coffee and with each page he kept saying I may not have the time to act on this but I will give this a go. It was over the course of the next month and a half that things happened and he sold my one comic book. It was about a briefcase in Flinders Street which led me to securing being a writer for Star Wars!” he said.

“The reality of that happening was unreal and my life changed from me teaching kids in hospital and other things I was doing, to now working with very cool characters from Marvel. I am living the dream and realise how lucky I am to do what I am doing, and to be able to work on the characters that I do.” He continues “Each day is a full one. It all begins in the evening to tie in with American time, as I converse with script editors and story creatives. I don’t mind the time period as I work better at night and have a great wife partner who supports me with the kids, we try to balance out our time in the afternoon.” In creating his animated series “The Deep” he said “This is something I knew would be good. I worked with the idea and then the graphics and I had a lot of characters in my head. I then reached out to my producer friend Robert Camper, who was able to show it to technicolour. They were looking at the IP, with other products they were saying no but this one it just worked, and they fell in love with “The Deep”. They fell in love with the characters too… Just like we did which was fantastic. This is just what you want. Quite quickly we realised we had a animated children’s series in our hands. From there channel 7 and ABC came on board in Australia and D Hache X in Canada and then Germany, so suddenly it was all happening.”

Now working on the second series of “The Deep”, Tom has his eldest son sitting in on meetings at times to mix ideas with the producers. “This is what makes me happy” Tom says, “to be able to do this as a Dad and for my kids makes it so rewarding and fun for us all.”

Tom Taylor will be in Brisbane this week for Supanova and then in Adelaide to sign copies of “The Deep” series.
http://www.supanova.com.au/guests/