The Eurovision – Australia Decides Jury Preview Show has set the stage for a show like no other. The ten acts competing for Eurovision glory have performed for a jury of industry experts and from 1.00am AEDT voting will be open to the Australian public.

For a sneak peek of the acts, head to SBS On Demand and tune in to SBS on Saturday night for the Live TV Final at 8.30pm AEDT when audiences are encouraged to cast their votes via SMS. To register an SMS vote, voters must text the song number of their favourite act to 1991 3773*. 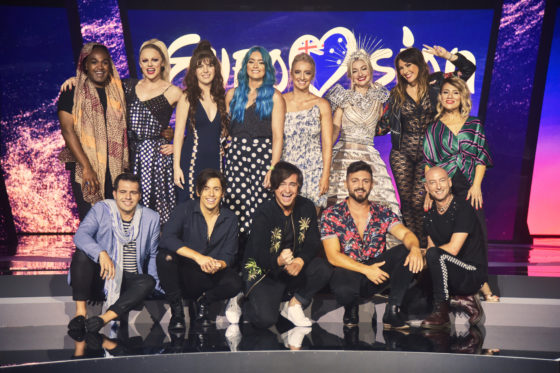 The public vote makes up half of the overall vote and public voting will close at approximately 10:15pm AEDT. The winner that receives the most points overall will go on to represent Australia at the Eurovision Song Contest 2019 in May.

The final ten acts vying for their shot to represent Australia on the world’s biggest stage are: award-winning artist Kate Miller-Heidke with Zero Gravity, indie pop band Sheppard with On My Way, classical crossover star Mark Vincent with This Is Not The End, modern electric-soul duo Electric Fields with 2000 and Whatever, legendary drag queen and reality television veteran Courtney Act with Fight for Love, charismatic pop star Aydan with Dust, 16-year-old singer-songwriter Leea Nanos with Set Me Free, rock music icon Ella Hooper with Data Dust, bona fide Aussie pop legend Tania Doko with Piece of Me and The Voice winner Alfie Arcuri with To Myself.

In association with the Queensland Government via Tourism and Events Queensland and the City of Gold Coast, Eurovision – Australia Decides is at the Gold Coast Convention Centre with final tickets to tomorrow’s Matinee Preview Show and Live TV Final available through Ticketek.