Birds of Tokyo Models Tim Finn Toowoomba by Caroline Russo | on July 5, 2016 | 0 comments | in Entertainment | Like it 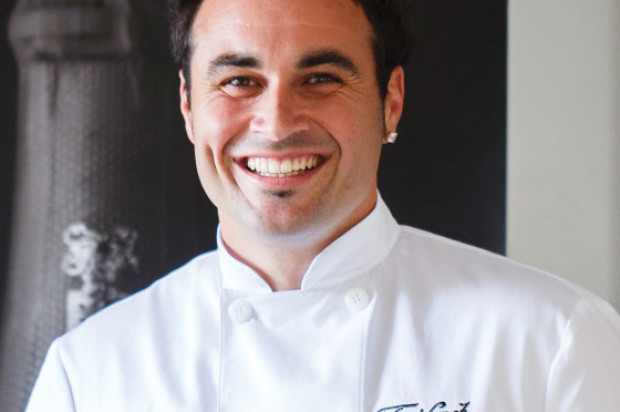 They perform alongside Internationally acclaimed singer-songwriter Tim Finn, The Whitlams with the Toowoomba Concert Orchestra, Birds of Tokyo, Eurogliders and the Models.
Set across three days at the Toowoomba Carnival of Flowers, the Heritage Bank Live Concert Series promises to be a blistering weekend of sound – an event which merges incredible local talent with leading international names, seamlessly blends music with food, fashion with flowers while showcasing incredible paddock to plate offerings, and unites an entire community with visitors from all over the country, in pure celebration.

Friday, September 16: The Heritage Bank Live Concert Series opens at 5.30pm with uber cool songstress Montaigne, before sublime singer-songwriter Emma Louise takes over with songs from her smash hit album, ‘Jungle.’ She will be followed by Birds of Tokyo and a playlist that boasts some of the biggest rock anthems from recent years.

Saturday, September 17: The music starts at 5.15pm, with platinum pop band The Chantoozies, before rock legends Eurogliders and Models take over for a journey into some of Australia’s most eminent musical moments, and the sounds that defined an entire generation of music lovers.

Sunday, September 18: Celebrated musician, singer and songwriter Katie Noonan returns with her new band, Vanguard, before ARIA-Award winning The Whitlams take to the stage with the Toowoomba Concert Orchestra. The weekend finishes with the unforgettable and formidable hits of Tim Finn, whose lyrical genius has taken him from Split Enz to Crowded House and onto his acclaimed solo career.

The musical stylings don’t stop there, with big name acts appearing at other events throughout the Carnival:

· Picnic Point will be filled with sounds of folk, jazz, soul, country, rock n roll throughout the Carnival, while heritage listed Queens Park will morph into a dance floor on Sunday 18 September with dance band Triple Beat providing a soundtrack for New Vogue, Old Time and Rock n Roll dancing.
· For those who haven’t yet graduated to indie or rock, DJs Mashd n Kutcher will bring their unique sounds to the Sideshow Alley Stage presented by Storage King on Sunday, 18 September from 3.30pm.
· At Sideshow Alley presented by Storage King, super-hot DJs Mashd N Kutcher will lead the charge on stage. (short bios included below and interviews and imagery available on request)
· Toowoomba’s magnificent Empire Theatre is hosting an impressive line-up of musical showstoppers, including tenor and composer David Hobson, the Toowoomba Choral Society performing Annie and the Toowoomba Philharmonic Society bringing Grease to the stage. See the full program of dates online at www.tcof.com.au

Birds of Tokyo
Since 2004, Birds of Tokyo have grown in popularity through nonstop touring, a series of acclaimed indie releases and Triple J anthems. 2010’s breakthrough hit Plans opened doors followed by hit songs Wild At Heart and This Fire. Winning three APRA awards and one ARIA award, their 2013 song Lanterns changed everything. Lanterns became the most played song on Australian radio across 2013 and led to a U.S. release. During 2014 Birds of Tokyo then based themselves in Los Angeles. In between all the U.S. gigs and interviews they wrote and recorded their standalone EP Anchor.

Emma Louise
Singer-songwriter Emma Louise hails from Cairns. She has been nominated for a tonne of prestigious Australian music awards including the Triple J Unearthed Artist of the Year Award for her hit single Jungle and for Best Female Artist at the 2013 ARIA Awards. She has also won numerous titles at the Queensland Music Awards including Album of the Year and Most Popular Female. Emma was the opening act for English singer Sam Smith on the Oceania leg of his In the Lonely Hour Tour and also his second Australian tour which took place over November–December in 2015 last year. Emma is performing at Splendour in the Grass on Friday 22 July at North Byron Parklands. 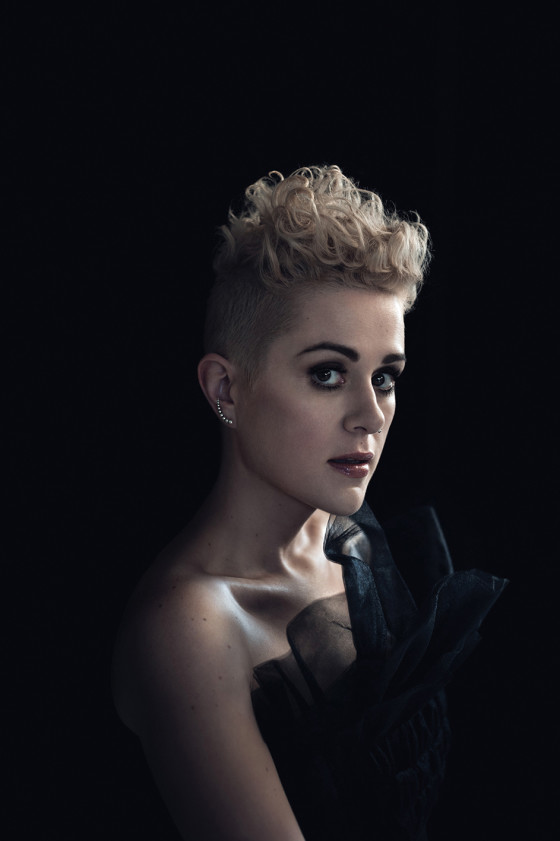 Katie Noonan
Brisbane-based Katie Noonan is an Australian singer-songwriter who studied Opera and Jazz at the Queensland Conservatorium and has forged a critically acclaimed career across opera, jazz, pop, rock and dance; she is most well-known for being lead vocalist in the indie-pop band George who began in 1995 and toured until 2005, winning 3 ARIA awards for Best Jazz Album in 2005, 2009 and 2011, respectively. She has also worked with the country’s top orchestra’s including her fruitful collaborations with Richard Tognetti and the Australian Chamber Orchestra and recently with the Sydney Symphony Orchestra. Her technical mastery and pure voice makes her one of Australia’s most versatile and beloved vocalists.

Montaigne
Sydney avant-pop heroine, Montaigne has established herself on the live circuit, supporting San Cisco in late 2014, Megan Washington in 2015 and electro phenomenon Japanese Wallpaper. In April she embarked on a sold-out national headline tour and also performed at Groovin The Moo and Sydney’s Come Together Festival. She joined Boy & Bear as the special guest for their tour, playing at Sydney’s Hordern Pavilion and Brisbane’s Riverstage. In January 2015, Montaigne won FBi Radio’s Next Big Thing Award at its annual SMAC Awards, which recognises ‘the musicians, artists, performers, restaurants and events that shaped Sydney’s creative culture’ in 2014. She is playing at Splendour in the Grass on Friday, 22 July at North Byron Parklands.

Models
Veteran Aussie art-rock legends Models sang the anthem for Australia in the 80s. The alternative rock group formed in Melbourne in 1978 and smashed the rock world into oblivion with hits Out of Mind peaking at No.1 on the Australian singles chart, and Barbados. In 1981 they supported The Police and feature on cult music show Countdown hosted by Molly Meldrum. In October 2010, Models were inducted into the ARIA Hall of Fame. Eurogliders
The Eurogliders are a part of Australia’s pop rock music legend, and formed in 1980 with Grace Knight on vocals and Bernie Lynch on guitar and vocals. In 1984, their album This Island, gave the hit, Heaven (Must Be There). Their third album Absolutely followed in 1985, reached top ten in Australia and provided three more hit singles, We Will Together, The City of Soul and Can’t Wait to See You. They won multiple Platinum and Gold Countdown Awards, and Gold and Silver MTV Video Awards (U.S + UK), and a performance on MTV’s New Year’s Eve show to 65 million.

The Chantoozies
The Chantoozies formed in the 80’s and the three original female stars are back!! They have shared the stage with Noiseworks, Boom Crash Opera, Daryl Braithwaite, Hoodoo Gurus and a 38 show Australian tour with Billy Joel. Their first hit was Witch Queen followed by Wanna Be Up and Love The One You’re With. They went on to receive Gold and Platinum status throughout the 80’s and 90’s. The last few years have seen The Chantoozies release two new singles including Baby Its You, whose film clip featured high profile Australian actors Hugh Jackman and Eric Bana. They’ve appeared on countless TV and radio shows and most recently with Rick Astley and as part of the Gold FM Concert series with their special blend of rock and pop.

Tim Finn
Tim Finn is an internationally critically acclaimed musician, singer, songwriter and producer from New Zealand whose music has been featured on albums, in movies, television, for dance, opera and theatrical stage performances. Tim is most recognised for his 80’s musical group Split Enz, and with his brother Neil Finn in Aussie band Crowded House. Tim has also written two major theatrical compositions. The most recent, the stage musical Ladies in Black, premiered in Brisbane in November 2015 by the Queensland Theatre Company and opened in Melbourne four months later. As a composer for film and television, Finn added to the soundtrack for such television shows as Puberty Blues. He also wrote songs for several other major motion pictures, including the song “Winter Light” for the movie The Chronicles of Narnia: The Lion, the Witch and the Wardrobe. 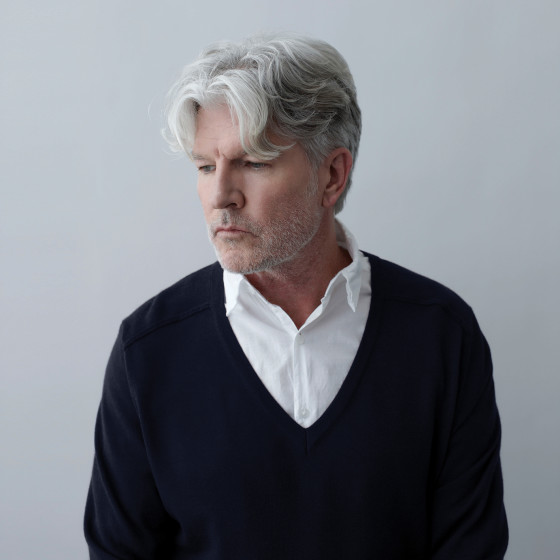 The Whitlams
The Whitlams formed in late 1992 in Newtown, Australia and are known as one of the longest running independent alternative folk rock bands. In 1998 The Whitlams were nominated for 8 ARIA awards and won 3 ARIA awards for Best Group, Song of The Year and Best Independent Release. They have toured internationally through Ireland, England, France, Canada & America and have album releases in four countries including Germany, Ireland and France. Interestingly, on one of their Australian tours in 1993 they travelled and lived in a beat up old pink greyhound bus; the same bus later made famous in the movie Priscilla Queen of the Desert. This Carnival they’re teaming up with Toowoomba Concert Orchestra in a magical collaboration.
The Whitlams are playing at The Triffid in Brisbane on Saturday, 3 September.

Mashd N Kutcher
Production duo Mashd N Kutcher are known for being two things: masters of upbeat house beats and the biggest pranksters in the industry – not your average DJ’s. Shortly after meeting in 2013 they created a concept for a live show, combining their skills as a drummer and pianist – their songs have since been featured on five Ministry of Sound albums. After their mashup videos and online content received tens of millions of views across Facebook, Youtube and social networks, they have become the fastest growing online brand in the Australian music industry. In 2015 they won Australia’s #1 DJ Duo by inthemix50.