Toowoomba Carnival of Flowers hits it out of the ballpark! 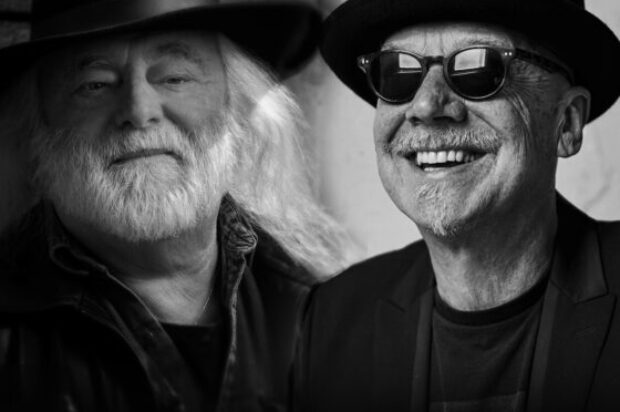 Hear that? It’s the sound of music lovers all over Queensland celebrating the news that an epic all-Queensland music line-up will star LIVE ON STAGE at this year’s Festival of Food and Wine at the Toowoomba Carnival of Flowers!

Headlining the three day feast of food, wine and music in just two weeks from September 10 to 12 is the critically acclaimed and multiple ARIA-nominated BALL PARK MUSIC who will feature Friday night, while on Saturday night legendary music makers BRIAN CADD and RUSSELL MORRIS will perform an epic tribute to Australian rock and then on Sunday, superhot Queensland music makers BUSBY MAROU and XAVIER RUDD will perform.

“It’s with great excitement that we can announce the updated ALL QUEENSLAND line-up for the Festival of Food and Wine, to be held from September 10 to 12 in Queens Park,” said Chair of the Toowoomba Regional Council Environment and Community Services Committee Cr James O’Shea. “This year we are excited to welcome incredible Queensland music makers who have created some of our country’s music moments, as well as more local musicians than ever before, in a wonderful three days of celebration!”

FESTIVAL OF FOOD AND WINE 2021: THE MUSIC PROGRAM

Opening on Friday 10 September is 22-year-old Toowoomba singer-songwriter, James Ryle who is well known and followed locally. After his 90-minute set, Brisbane indie pop rock band The Jensens take to the stage. A festival-favourite, they have just launched their second album, ‘Hammer & Blush’ after dropping singles including the explosive new dancefloor filler, ‘Paper Walls’.

Then it’s Mackay-born Tia Gostelow who burst onto the scene in 2018 with her debut album ‘Thick Skin’ which won the Queensland Music Award for Album of the Year and was a Triple J feature album. The single ‘Strangers’ is just shy of 12 million streams and she has launched her new album of lush pop landscapes and danceable 80’s influences called, ‘Chrysalis’. Closing Friday night is super-hot band of the moment – BALL PARK MUSIC in their Festival debut! The multi-award winning Brisbane band and Triple J favourite has produced five albums with the last four consecutively debuting in the top 10 of the ARIA charts. Their fifth record ‘GOOD MOOD’ debuted at #6 on the ARIA chart and received ARIA Award nominations for Best Cover Art, Best Producer and Best Engineer. The euphoric single ‘Exactly How You Are’ landed at #18 on triple j’s Hottest 100 of 2017 and their national tour with San Cisco saw them play the biggest venues of their career. What a night of sound!

Saturday opens with talented young Toowoomba indie-pop music maker Maggie Elyse. The multi-instrumentalist was awarded a coveted spot in the Big Sky Girls Songwriting program in 2018 and won the USQ Get Songwriting prize in 2018 and 2019. Local contemporary vocalist and songwriter Kent Dustin then takes to the stage, before the brother-sister led five-piece Fibonacci Band.

From 2pm on Saturday Brisbane’s alt-pop Beamish Brothers take over. The two brothers, who used to join their opera-singing mum on stage as kids, have gained international acclaim for harmonising with fresh songwriting ideas that celebrate their signature acoustic style. They hand the stage to fellow Brisbane musicians Fat Picnic, a soul-reggae festival favourite who promise to get the Saturday night party started!

Taking the party over next is sassy entertainer, Franky Smart (aka Claire Walters), a graduate of the QLD Conservatorium of Music with a Bachelor of Music majoring in Jazz. She has worked alongside some of Australia’s finest talent including Bert and Patti Newton, Doug Parkinson and most recently, Rhonda Burchmore!

Closing Saturday night in style is two Australian music legends in Brian Cadd and Russell Morris. The two have hits in every decade from the 60s, and are true aficionados of Australia’s rock history. They’ll perform epic anthems like The Real Thing, Wings of An Eagle, A Little Ray of Sunshine, in what will be a lifetime of music in one extraordinary night!

On Sunday the stage opens with local singing-songwriting talent, the Jasmine Aleisha Duo, then the brilliantly named three-piece groove-rock band Fenny and the Mets, before local musician singer-songwriter Van Lil Music (Jacque Van Lill). From 3pm on Sunday the Brisbane-based six-piece Open Season will share their exciting new wave of country folk, a marriage of traditional folk and modern country!

Australian indie-folk duo, The Dreggs then takes to the stage. Growing up in the Sunshine Coast with the ocean by their feet, the music of the duo – Paddy Macrae and Zane Harris – is best described as indie-folk and roots, with a little coastal vibe in the mix.

Next up, it is Busby Marou, the band that’s fast becoming a national Australian treasure. Queenslander Tom Busby and Jeremy Marou (from the beautiful Torres Strait Islands) have been playing music together for over a decade since meeting at a pub in Rocky. Their success includes millions of global streams, top 20 airplay & three ARIA Charting albums. Their self-titled album is certified ARIA Gold, while their follow up album ‘Farewell Fitzroy’ debuted at #5 on the ARIA albums chart and ‘Postcards From The Shell House’, is their first ARIA #1 album.

Closing the 2021 Festival of Food and Wine on Sunday evening is Xavier Rudd, one of Australia’s most iconic voices, a multi-instrumentalist, surfer and activist. From his birthplace on the southeast coast of Australia to Europe, Japan, the US, Canada and South America, Xavier Rudd’s audience is measured their tens of thousands, and in hundreds of millions of song streams, not least his timeless, windswept keynote, Follow The Sun (2012). Acoustic guitar in hand, engulfed by his progressively more complex and elaborate scaffold of didgeridoos and percussion, Xavier Rudd cuts an utterly unique sound and figure. Prepare to be entranced by his music.

FESTIVAL OF FOOD AND WINE 2021: THE FLAVOURS

In addition to over 16 wineries and 25 food stalls, new to the Festival in 2021 are a range of Carnival Hampers, showcasing local produce and the perfect way to enjoy the park and the tunes! These are available to order online. Also new to the Festival this year is The Botanical Society, a styled private bar serving custom-created cocktails, lawn area and home to the over-18 only, The Royal Club. Tickets are strictly limited and on sale now.

Carnival Hamper (suitable for 2-4 people): $90 per box
Selection of local meats, cheeses, crackers, fruit, nuts & chocolate + disposable cutlery plus a choice of one bottle of sparkling, white or red wine available at the pickup location, one reusable Carnival cup per guest, with GF and vegetarian options available.

TICKETS to the Flower Food and Wine Festival are on sale NOW at tcof.com.au

The multi-award-winning Toowoomba Carnival of Flowers (TCOF) will take place for the full month of September this year, an extension of the 10-day event that has taken place for the past 72 years, and a sign of the success of its COVID-19 planning. Taking centre stage over the new 30-day format will be over 190,000 flowers and local flavours, as the event blooms into a truly region-wide experience for both locals and visitors.

Toowoomba Carnival of Flowers 2021
1 – 30 September 2021
The FULL PROGRAM is LIVE, tickets on sale now at tcof.com.au
Accommodation, day trip and longer stay itineraries are all available.