acton films bad and good hollywood Slat of films story board Tom Cruise by Caroline Russo | on September 30, 2016 | 0 comments | in Film News | Like it 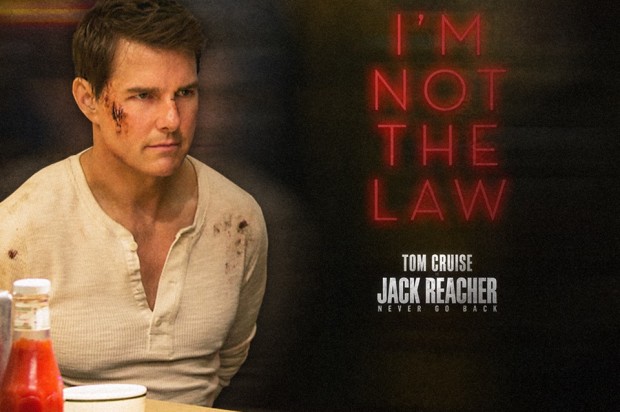 Tom Cruise returns in Jack Reacher: Never Go Back, in cinemas October 20, with a hankering to do the right thing while also breaking as many necks as possible. To salute the man who has already delivered us an insane amount of memorable fight scenes, we count down the top 10 from film and TV. 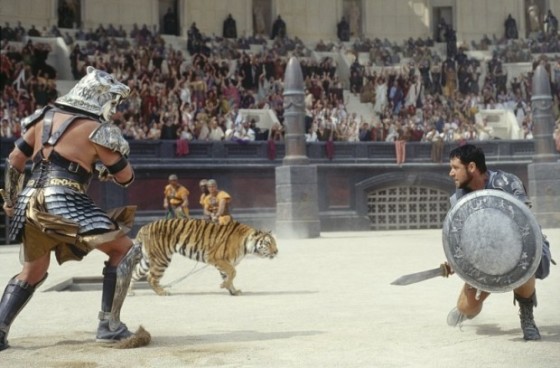 Russell Crowe was in the prime of his career when he landed the role of Maximus in Gladiator, a Roman general set on revenge. The fiercest fight scene would have to be between Maximus and Tigris, a retired gladiator twice his size – oh, and also four tigers. The fight is intense to say the least, with swords and axes being the only weapons against great odds. Maximus valiantly won the fight but decided to spare the Gladiator’s life… Let’s just say the Emperor wasn’t happy about it.

Joel Edgerton plays Brendan Conlon in Warrior, the son of a retired boxer. After being trained by his father for a mixed martial arts tournament, he comes face-to-face with his estranged brother, Tommy, and they fight in the final round. It’s a gripping and highly emotional scene which uses violence to intensify the drama. Brendan tries to reconcile with his brother but Tommy shows no interest, beating him in the first two rounds. He eventually accepts submission and Brendan’s apology in round five with their father watching. Arguably the better of Tarantino’s Volumes, Kill Bill is riddled with brutal fight scenes each with its own personality. Uma Thurman does a sublime job of selling Tarantino’s vision and the best fight scene is, of course, in the Tokyo restaurant where she faces her nemesis O-Ren Ishii’s (Lucy Liu) bloodthirsty bodyguard – schoolgirl Gogo Yubari and her own little army known as The Crazy 88. In typical Tarantino fashion, there is no shortage of blood or flying limbs.

Lord of the Rings: The Two Towers 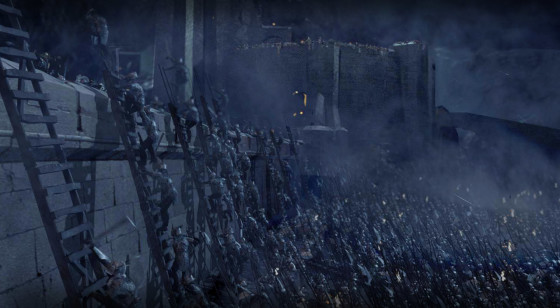 The final two instalments of The Lord of the Rings featured some of the largest and most intense fight scenes in cinema history. One of the most iconic of these battles is the seemingly hopeless Helm’s Deep battle which rages on through a night of pouring rain. With the sheer number of warriors in the battle, it’s sometimes hard to tell where the beasts end and our heroes begin. The scene itself took four months to shoot and in the opinion of many, was absolutely worth it, with the brutal battle a do-or-die for the country’s survival. 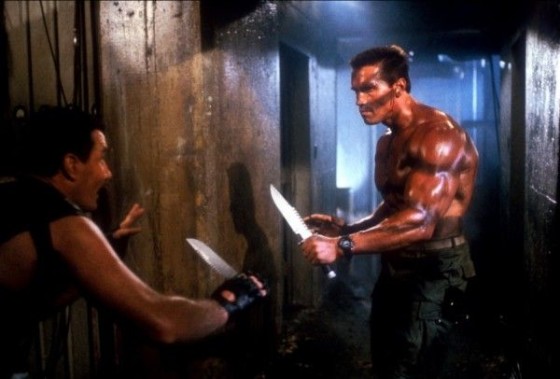 On my list of people not to piss off, Arnold Schwarzenegger is definitely at the top and with good reason. In his epic film Commando, the action legend plays John Matrix, a retired elite Black Ops Commando who is out on a one-man revenge mission. In one of his most atypical 80’s fight scenes, he declares that he “Eats Green Berets for breakfast. And right now I’m very hungry!” before beating the life out of his main lead.

The legend that is Jackie Chan considers Police Story to be his best action film, so there’s no doubt that the fight scenes were off the charts. For those of you who don’t know, Chan also wrote and directed the film while starring in it, because, well, he’s Jackie Chan. During the epic final fight scene filmed in a shopping centre, Chan slides down a pole several stories high where he received second-degree burns, a back injury and also dislocated his pelvis!
The Empire Strikes Back

In one of cinema’s greatest twists, we find out that Darth Vader is Luke Skywalker’s father in the film’s epic emotional crux. This only comes to light after the battle of the ages where the two fight in the dark with their blue and red lightsabers being the real stars. After discovering the truth and suffering the loss of his hand, Skywalker chooses to fall to his possible death rather than deal with his daddy issues.
The Matrix 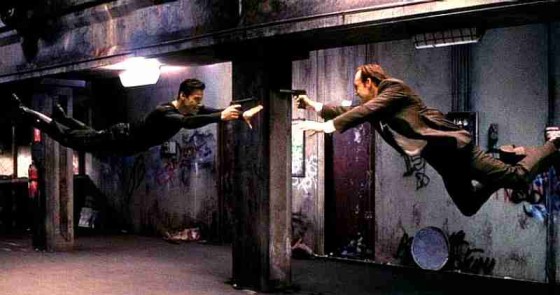 When The Matrix first hit screens way back in 1999, it became known for revolutionizing filmmaking and blowing the mind of every viewer. In the final fight scene between Neo (Keanu Reeves) and Agent Smith (Hugo Weaving), they defied the laws of speed, physics, basically everything they could, in the scene that had everything from the trademark 360 camera angles, the ability to manipulate objects, to a complete disregard for gravity. 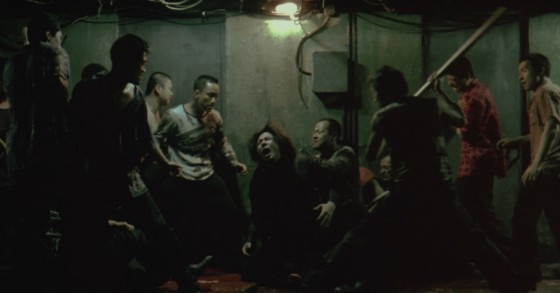 You know what you really don’t need after being kidnapped and imprisoned for 15 years? Another test and more wicked mind games after being freed by your captor. The Korean mystery-noir thriller was a hit across the world, winning the Grand Prix at Cannes Film Festival and director Quentin Tarantino’s seal of approval. The film’s impressive fight scene is held when protagonist Oh Dae-su tries to leave the prison and is faced with a hallway of foes, equipped with one hammer and two fists.
Game of Thrones 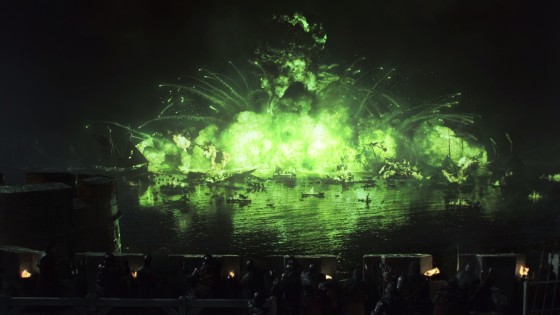 Game of Thrones has taken over television forever, featuring the merciless deaths of characters we have grown to love, horrors we couldn’t imagine, unconventional loves and enough bloodshed for a lifetime. The battle between The Mountain and the Viper in the fourth season of Game of Thrones still stands up as one of the series’ best fights scenes. With an estimated seven million people watching from their homes, Oberyn Martell and Ser Gregor Clegane fight for the Lannisters in a trial by combat in what ends with one of the most brutal deaths of all time. 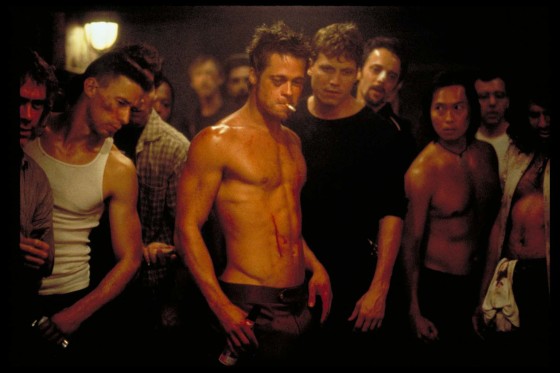 This cult classic is so good you can’t just watch it once and one of the reasons, apart from the confusing plot, is down to the most memorable fight scene. It sees Edward Norton embrace his mood for “destroying something beautiful” when he brutalizes one of his own, Angel Face (played by Jared Leto). No tricks in this one, it is literally punch after punch to a face that is little more than a mass of meat, hair, and nothing else once he is done.
Jack Reacher

Jack Reacher is not a hero, he’s “a drifter with nothing to lose” which is what makes him so interesting to watch. Tom Cruise plays Jack Reacher, an ex-military detective with impressive skills in solving cases and completely lethal in hand-to-hand combat. He seems to attract danger but, like a true badass, never breaks a sweat. A great example of his no frills fighting style is when he expertly takes down five guys outside a bar with just his fists. Watch Cruise back in action in the new Jack Reacher: Never Go Back in theatres October 20.