AACTA Awards Australian Film and Television Top Names by Caroline Russo | on January 5, 2015 | 0 comments | in Film | Like it 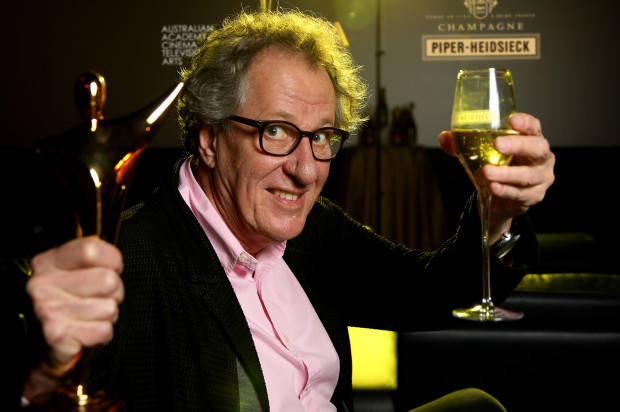 The countdown to the Australian Academy of Cinema and Television Arts (AACTA) Awards is on, with top names of Australian film and television today announced to present at the star-studded Ceremony, held in Sydney and broadcast on Network Ten.
Australia’s biggest celebration of screen, the 4th AACTA Awards will see AACTA President Geoffrey Rush present along with AACTA Award winners Lachy Hulme and Adam Zwar.

A number of leading women of Australian television are also confirmed to present, including Kat Stewart, Marta Dusseldorp and Danielle Cormack, with all three nominated for Best Lead Actress in a Television Drama, adding anticipation to who will win on the night.

Australian film and television favourite, and AFI Award winner, Stephen Curry will participate in the show, along with Dan Wyllie, who is nominated for Best Guest or Supporting Actor in a Television Drama for RAKE SERIES 3.

Turkish actor/writer/director, Yilmaz Erdogan, will make his debut as a presenter and nominee at the 4th AACTA Awards. Erdogan is nominated for Best Supporting Actor for his performance in THE WATER DIVINER, competing alongside Patrick Brammall (THE LITTLE DEATH), Robert Pattinson (THE ROVER) and TJ Power (THE LITTLE DEATH).

AACTA will announce the host of the 4th AACTA Awards next week, with the Ceremony broadcast nationally on Network Ten at 8:30pm Thursday 29 January, and encored on FOXTEL’s ARENA channel on Saturday 31 January.

Further presenter and entertainment announcements will be made in the lead up to the 4th AACTA Awards, and tickets are on sale now for the public and industry: www.aacta.org

The AACTA Awards are proudly supported by the NSW Government through its tourism and major events agency, Destination NSW.