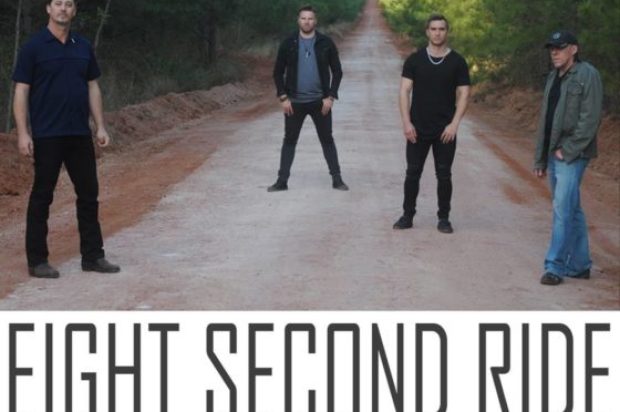 Eight Second Ride have today released the video for their debut single, ‘See What Tomorrow Brings’. The talented Collin Jeffs, from Collin Jeff’s Media based on the Gold Coast, filmed the clip in Eight Second Ride’s hometown of Toowoomba and its surrounding suburbs.

‘See What Tomorrow Brings’ details the difficult period that often follows a breakup, and examines the age-old struggle of being in a toxic relationship but hoping things will be different in the morning. The video shoot went for two days and involved Kelsie Hawkins & Dominik Kohler playing two troubled lovers. The band organised to film the live band and bar scenes at The Spotted Cow, a local pub, and invited local fans to be a part of it. There was an overwhelming response and unfortunately over 100 people had to be turned away. The rest of the shoot was filmed locally at an abandoned warehouse and on a large dairy cattle property.

“We tried to portray the struggle of young love and the feeling behind the cyclic nature of a toxic relationship,” says the band, “as well as showcasing the emotion and energy that comes with it through the live band shots.”

The result is a complete story told through a fragmented lens, featuring shots of a relationship we know all too well. The fight, the bedroom make up, the stalemate in the pub and the moment that can make or break a relationship. How does it end? You’ll have to find out.

With Eight Second Ride heading over to Nashville in early 2019 to record their debut EP with Ben Watts, who produced Kip Moore and Lee Brice’s new album, now’s the time to see them play ‘See What Tomorrow Brings’ and other tracks in the flesh. Featuring a sound that combines country melodies and storytelling with stadium rock antics and energy, Eight Second Ride’s live show has made them the go-to band for rodeos and country festivals across Australia.