TRACY MCNEIL & THE GOODLIFE ARE GOING ON TOUR 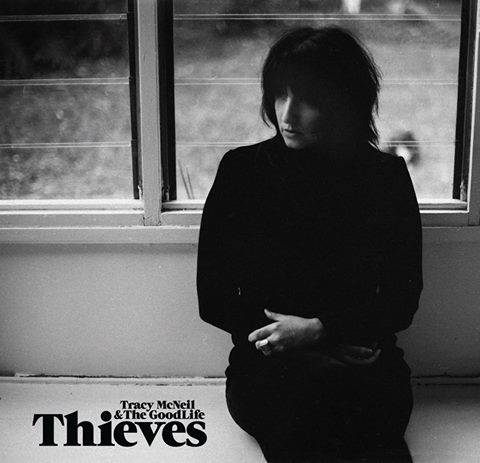 Fresh from the recent release of first single PARADISE, Tracy McNeil & The GoodLife are delighted to present McNeil’s fourth studio album THIEVES, out July 1 on SlipRail Records (distribution via MGM), and announce a tour to celebrate. The band will be hitting the East Coast of Australia and Adelaide from late June through to mid-August.

2015 was a monumental year for McNeil, on both the personal and professional fronts. The highlights – including touring solo throughout Ontario in her native Canada, supporting American rock band Dawes back in Melbourne, and performing with her band The GoodLife at the Americana Music Festival in Nashville – were all overshadowed by the heartbreaking loss of her father Wayne “Mac” McNeil.

A travelling country-rock musician in the late 1970’s, Tracy’s father had provided her with both inspiration and a deep connection to music. Unsurprisingly, McNeil found her solace in song, and through some very cathartic and productive writing sessions – Thieves was born.

Ten songs written across three countries – Thieves traverses the undulating, emotional landscape of loss, the elusiveness of time and the thrill of new beginnings.

Do I scatter the ashes or put em in a jar

Than when you’re ringing through this old Gibson guitar

Co-producer and engineer Shane O’Mara has applied a magical dose of Californian shimmer to this album. Driving drum tracks and exquisite Lauren Canyon-esque vocal harmonies hung from pop-hooks hark back to the halcyon days of late 70’s LA country rock.

Writing at her most assured and forthright and with her dream band by her side, Tracy McNeil has delivered something very special with this release – an undeniable standout from an artist whose previous works have all garnered unanimous high praise from critics.