With anticipation reaching a boiling point, TRAVI$ SCOTT finally unveils September 4 as the release date for his full-length major label debut and one of 2015’s most anxiously awaited hip-hop events, RODEO.

He took to his Instagram to personally break the news and debut the album cover. Almost immediately, #RODEO became a
trending topic on social media, sweeping the internet up in his frenzy.

The album is also available for pre-order at digital retail outlets starting today. Those who pre-order will be granted immediate downloads of instant grat tracks ‘3500’ [feat. Future & 2 Chainz] and ‘Antidote’.

Following the release of RODEO, he will join The Weeknd on his fall headline tour, Beauty Behind The Madness. Kicking off in Toronto, ON on November 3 at the Air Canada Centre the 22-city tour is poised to be one of the season’s most highly sought- after to attend.

It’s been a monumental 2015 for Houston-born rapper, songwriter, and producer TRAVI$ SCOTT. Back in the spring, he co- headlined the Rodeo Tour with Young Thug and Metro Boomin. With unpredictable and unforgettable performances every night, this professional mayhem architect perfected the art of “Raging” along the way, selling out venues and leaving audiences sweating, screaming, and begging for more.

His live shows are becoming the stuff of legend with GQ going so far as to ask him lessons on “How To Rage” in this extensive August Feature. His exploits have been well-documented as NY Post recently wrote of a recent show, “TRAVI$ SCOTT played a rowdy set at 1Oak Southhampton Saturday night. Rihanna arrived at 2:30am, just as rapper TRAVI$ SCOTT started his 30-minute set.”

A dynamic performer, TRAVI$ engenders undeniable energy at every single show. At Lollapalooza earlier this month, TRAVI$’ electrifying performance drove the fanatical crowd into a surging, heated frenzy and his appearance was heralded by Vibe as “High Energy.”

Recently, Kanye West invited him on stage at Drake’s OVO Fest in Toronto for a performance of his hit ‘Upper Echelon’. As TRAVI$ screamed, “Open up that pit,” the audience went literally bananas while he ran across the stage. That moment saw him formally join rap’s elite in front of thousands, becoming something of a coronation among not only Kanye and Drake but Pharrell, Future, and more. The set was lauded by HypeBeast who claimed, “SCOTT’s ultra-high-energy performance and commanding presence are quickly becoming his trademark, and this night was no exception: the crowd went absolutely wild while the G.O.O.D. Music cohorts bounced around the stage.” He’s also already shared the stage with The Weeknd, increasing excitement for the upcoming tour. Still, this is just the beginning of his live legend.

Critical praise continues to pour in. Billboard wrote, “Like ‘Ye, an insatiable appetite for creativity could yield a career with longevity, as the stakes keep getting higher—and are consistently met,” while Complex claimed, “As a skilled curator, he knows how to pull all the right pieces in place.” Spin named ‘3500’, “The year’s most epic hip-hop cut,” and went on to say, “SCOTT should be on his way to joining his co-stars on hip-hop’s A-list soon enough.” CR Fashion Book put it simply dubbing him, “Hip Hop’s next big thing.”

SCOTT creates raucous, real, and rowdy rap music that just doesn’t defy boundaries; it destroys them altogether. The RODEO is upon us. Things may never be the same… 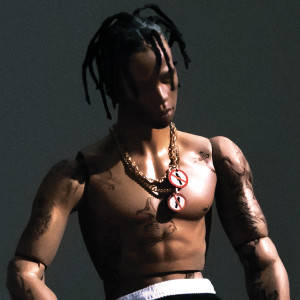