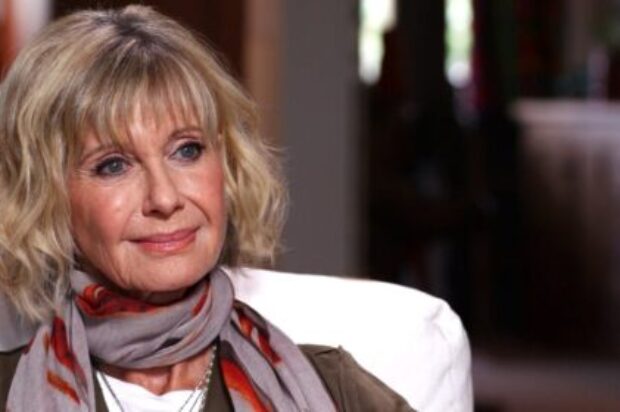 The outpour of sadness with breaking news of Australian sweetheart Olivia Newton-John is still rocking the globe of her passing. The tributes are many and still growing to her as a public figure being a singer-actress and building a cancer foundation.The morning shows across all networks detected the entire show to her yesterday 9th August with many stories that highlighted the life of Olivia. Richard Wilkens entertainment reporter of Nine network broke down in tears during his segment of a zoom interview he did with Olivia and his daughter last year as he shared his close friendship with her over the years.

Samual Johnson who runs the Love your sister foundation today spoke highly of Olivia as to how much she supported so many organisations and that she was an outstanding Australian for what she did as a humanitarian.  Having fought cancer for 30 years she always was positive in her outlook and through her own cancer welfare research foundation, she has now left a huge legacy behind her as to what she built there and will continue to do so.

In the entertainment side, there is endless tributes that are still growing.   John Travolta, Elton John, and Delta Goodman who was inspired by her and gave great support when she had cancer at 18 years when breaking into the industry.Kate Hudson sang on her Instagram as she was inspired by here to get into acting. Tottie Goldsmith who was niece said she was a gift to the world and that she is now out of pain.

Jane Seymour who lived with her sister Roma at one stage and become a close to Olivia with friendship spans over 40 years has come out saying the world has lost one of the brightest of lights and that she will miss her so much as they shared so much as to the children.

Newton-John’s career saw her win four Grammy Awards, 10 American Music Award, two Golden Globe Awards, and a 1978 Oscars nomination for the song Hopelessly Devoted To You, which appeared in the 1978 film Grease. The film made her stand out for a role she was not sure about taking on as she felt she may not be a good fit for the film, but that proved to be the opposite as her popularity grew to play Sandy.

Melbourne lit up in Pink last night in respect of her and will be doing a state memorial funeral to be dated that will be led by Totti Goldsmith and her brother. There will never be another Olivia she was one of a kind but is now in peace.