TRIGGERFINGER RELEASE ANIMATED VIDEO FOR THE TITLE TRACK FROM COLOSSUS 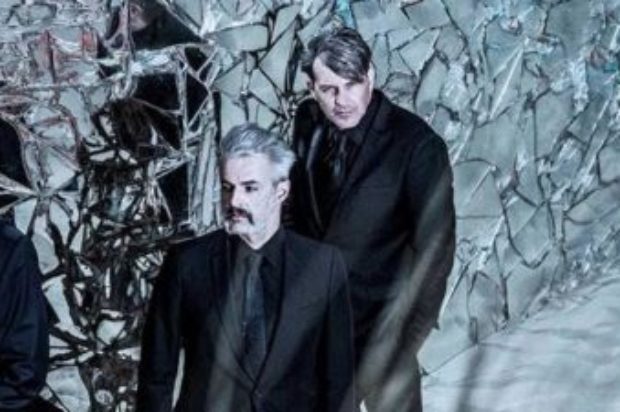 Belgium’s Triggerfinger rock both stages and suits like nobody’s business – coupling lashings of style and swagger with plenty of the rock grunt of bands like QOTSA and Muse. But however you describe their sound, we think Powerplay Magazine (UK) got it right when they declared “Triggerfinger really are the best band you’ve never heard of” while giving their new album Colossus – a 9 out of 10.

Ahead of the August 25 release of Colossus, Triggerfinger have released the video for the title track –described by Classic Rock Magazine as “Sexy without being sleazy, cool without being jaded, it’s a class track.” Hit above to check it out.

Vocalist/guitarist Ruben Block said of the track Colossus was the first song where the band worked with two basses. “Ditching the guitar really opened up the groove, and the combination of two bass guitars was very intriguing, sonically. It was heavy, but fresh at the same time. Images and pieces of conversations flashed through my mind, like a collage, and over this monumental groove I began to chant: ‘Colossus! Colossus!’ It stuck.”

About the accompanying music video Block said: “Since Colossus presented us a wide headspace of interpretations we asked Matt from Mount Emult to work his collaged magic and mold this piece of visual madness to accompany the music and words. Matt/ Mt. Emult previously worked on clips from Pixies and many others. The video came out the way we had in mind.”

Colossus – combined with Triggerfinger’s self-titled debut (2004), What Grabs Ya (2008), All This Dancing Around (2010) and By Absence of the Sun (2014) – the last two releases going platinum and gold, respectively – have seen the Belgian rock trio continue to build momentum outside of their homeland and further across into Europe and the US. Their impromptu cover of the Lykke Li song I Follow Rivers also became a major hit across parts of Europe, and the band were invited to open for The Rolling Stones on two occasions.

Australian reviews in for Colossus have described their sound as “heavy yet indisputably groovy, like Stevie Wonder going through a Black Sabbath phase (Independent AU), and “This is a truly amazing album! In just over 35 minutes the album captures all manner of styles, sounds and atmosphere” (Tomatrax), while BMA Magazine said “There is some delightful, primal music here.”

We, like Independent Australia suggest “If you’re a fan of heavy music that isn’t afraid to experiment, give Triggerfinger a listen.”

Hit below to check out Triggerfinger perform the first single from Colossus – Flesh Tight, live on Belgian TV.