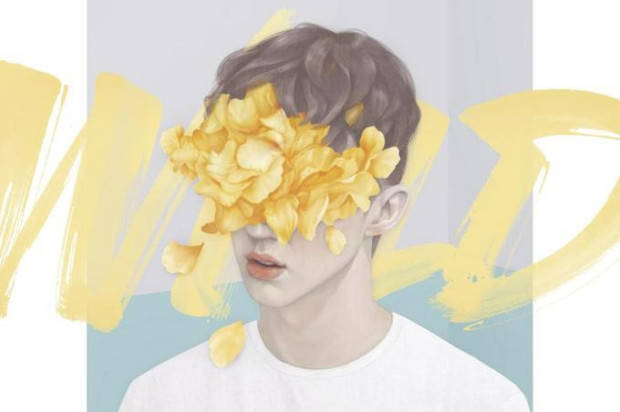 20-year-old Troye Sivan is about to unleash a body of work which encompasses the sound of youth in all its adolescent glory – equal parts bravery, pride, vulnerability, ambition and “don’t give a fuck” naiveté . You’ll hear collaborations with some of music’s best new futurists. You’ll hear his fervent fanbase, millions strong, sing alongside him. You’ll hear words he wrote in his bedroom… More than anything, you’ll hear honesty.

“There’s just been so much growth since TRXYE,” says Sivan, of the debut EP that found him critical acclaim at the same time that it became impossible to ignore, topping the iTunes album chart in 66 countries around the world and landing at # 5 on the Billboard 200.

WILD reveals that growth to the world, a six track showcase of Troye’s musical vision: dark, infectious pop music at its most organic. With WILD Troye has taken his time to meticulously craft a body of work that makes his first definitive statement as an artist and he wants to take his fans on this journey with him. WILD is an opening installment, a 6 song keyhole that introduces us to a wider world of music to come from Sivan in the near future.

It’s impossible to count how many writing sessions Sivan’s found himself in – from LA hotel rooms, to Perth bedrooms and Sydney recording studios – but what provided the core of the rich, intricately produced songs that make up WILD came from those sessions which were most personal to him. The title track has the intimacy of a deep-and-meaningful with your best friend, paired with the production of a stadium-ready anthem. “Very few times – maybe one in ten sessions – I left with something that I felt was authentically me. This one was exactly that,” Sivan says of the record’s lead-out self-titled song.

A nod to his first output from mid-2014 – the song “WILD” features a key collaborator just one year his senior – Sydney-based songwriter Alex Hope, who’s already had a 2x platinum Australian #1 single and co-wrote “FUN” for Troye’s first EP. “WILD was one of the last songs we wrote and I think it’s because before, I would have been too nervous to even let the session start heading into that poppier space. Finding that trust between us meant that we could stray further into the pop world and still feel sure that the song was going to be cool and authentic. Only once we knew the space, sound and the project so well, could we let ourselves explore that. Now it’s one of my favourite songs I’ve ever written.”

The trademark futuristic production talents of Perth based SLUMS and Jia Lih also return for this release – smattering a unique glitter upon the sound of the record – from their ‘finishing off’ of the faultlessly constructed “FOOLS” to their start-to-finish work on “DKLA”, a song crafted at 1am from scratch during a week spent together at a boutique studio in the wilderness. An acronym for Don’t Keep Love Around –
Sivan proclaims “DKLA” as “the absolute darkest song” on WILD” and admits “there was a missing link… and that was Tkay Maidza,” the 18-year-old Australian rap prodigy who delivers a rapid-fire yet effortless verse to complete the track.

Acclaimed New Zealand sibling duo BROODS duet with Troye on “EASE”, a cry for help the pairing felt they needed to make to express the pain of missing the individuals and experiences that complete them. “Take me back to the basics and the simple life,” they sing on an ’80s influenced jam that would find Troye in tears the night they wrote it. “There’s a genuine innocence to it because it was written and created by young people. It’s raw and honest, and I’m so obsessed with Broods and have been for so long… it’s just a dream song to me,” Sivan enthuses of the collaboration.

Each song on WILD is “about a collection of experiences meshed together.” “BITE,” co-created with a superstar lineup of LA-based musicians in Leland, Allie X and Bram Inscore, is a jarring and sonically frantic ode to Troye’s first experience in the lion’s cage of gay club culture, but simultaneously about the safety of love and opening your mind to new experiences. “I mean you have fun there, you make yourself vulnerable and give yourself up and kind of hope for the best that the person’s not going to fuck you up. It’s a bit raunchy and I think it’s about that first experience where you’re super wide eyed and the floor is sticky.”

Pop music’s kind of like that too. Especially when it’s this innovative; your eyes have to be wide open.

What Troye strove for with WILD was a collection of songs that follows no conventions. ‘Filler tracks’ are nowhere to be seen. The mini-album exudes originality from tip to tail and every song is sure to resonate differently with each person who hears it. “The thought of having to pick a single song that defines this time in my life just made me super uncomfortable and didn’t seem intuitive or natural to where I come from.” Where Sivan comes from is an audience nearing 3.9 million on his native platform of YouTube, backed by over 2.8 million Twitter and 2.5 Instagram followers, where his personal aesthetic is at the visual forefront. Those followers have watched, over a staggering 200 million times, a genuine recount of the development of a young man as he navigates the teenage wasteland.

“All the people I look up to happen to be these brooding, dark pop stars, and as people it seems like they act like their music sounds. I’ve always found that there’s a little bit of disconnect – not because the music is disingenuous – I don’t know why. I’m a fairly happy, joyous person, that’s obviously made YouTube videos for all these years, and so the pressure to be something that I’m not to try and get people to be able to take the music seriously has been heavy.”

Courtesy of a smattering of reactive personal experiences and his knack for distilling emotion and finding the perfect metaphors and lyrical combinations to reflect them through – Troye Sivan has made a pop record that will make a connection – and one that will be at the forefront of motivational Tumblr quotes and texts to our exes for years to come. He’s nervous, he’s so nervous. But he’s so ready for you to hear this.

Oh, and be warned that there is so much more to come. And sooner than you think. 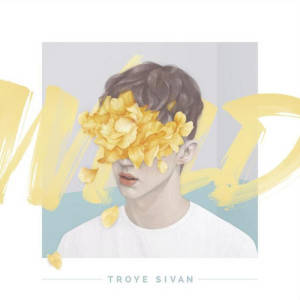