Crawford productions Jock Blair Screen Queensland tv writers and producer by Caroline Russo | on May 29, 2020 | 0 comments | in Entertainment | Like it 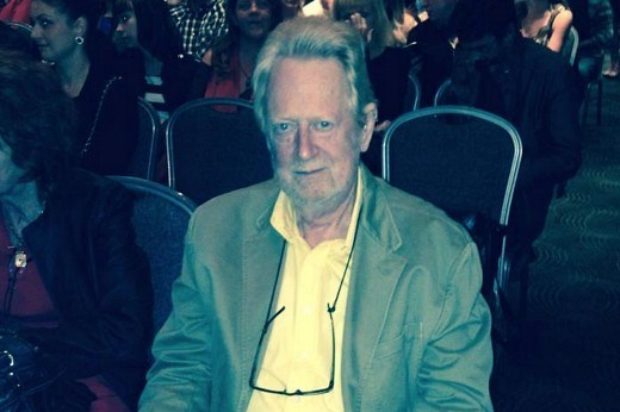 Jock Blair was regarded as one of the leaders in the television industry and film producer and writer who worked in the industry for over 50 years.

Jock had many achievements throughout his career from humble beginnings leaving school at 16 to winning Logies, scoring big promotions and working in LA.

I myself have wonderful memories of him where I meet him when he was still working Screen Queensland, till his retirement in 2014. I had the pleasure to have hosted him in a film event that year and he was a real inspiration to an event that was standing room only with over 300 industry preps.

Jock did start out as a young gag writer, to a writer on a weekly wage, to being a producer to development manager.
Jock has cemented himself as an Australian television icon and his history has been on both sides of the fence writing and producing too, accepting and critiquing possible screen sensations. He was a very humble man. 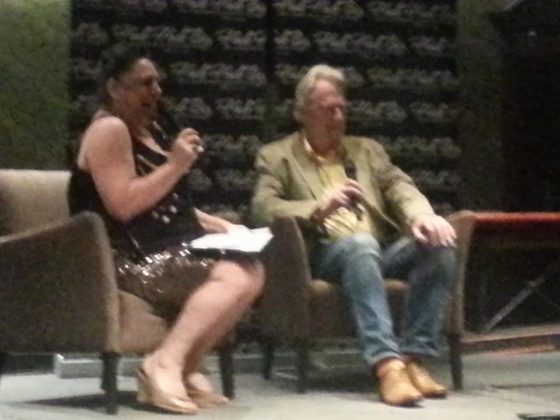 In our interview with him years ago he told us that his life wasn’t always easy. He convinced his parents at the tender age of 16 to leave school and start working as a sort of personal assistant to Graham Kennedy at GTV9 in Melbourne. Graham Kennedy and Bert Newton were sidekicks and there was always a variety of comedy, which Jock would write the opening gags for and be paid depending on if the audience laughed. This is where he made the realisation that television writers can make a living in the new age television world and was determined to make this dream come true.

In Jock’s early twenties he had saved up to travel the world for three years and came back more determined to be a writer even though he had very little experience and little confidence, but a fascination with Police shows. At the time Jock was still in his early 20s working at a PR firm, where luckily a client of the firm offered Jock a job managing a stage show, Oh Calcutta in South Australia.

While working in Adelaide he would write Homicide scripts in his spare time and sent the best one to Crawfords Productions, which they liked and asked him to write another and another and eventually Jock earned a weekly wage as a staff writer. A Real Writer! He received advice from more senior staff along the way and it was not long until Jock was writing for soaps, The Box and Homicide which was the first episodes to be shot in colour.

After some time Hector Crawford the Founder and CEO of Crawfords Productions, requested a meeting, a rare thing. The meeting turned out to be life-changing where he went from a t-shirt and jeans kind of guy to a man in a suit as the news producer of Homicide. The popular television series that ran half-hour episodes five nights a week. Eventually, that took its toll and Jock decided to invite writers to assist in plotting each story for $400 per half-hour episode. If there are any budding writers reading this the figure per half-hour episode now is upwards of $5000 and $34 000 if you’re lucky enough to score an episode of Underbelly.

After producing Homicide for several seasons Jock worked closely with Hector, pitching a variety of shows such as The Bluestone Boys a comedy set in a prison that was like Hogan’s Heroes updated. It was pretty terrible and Jock got the opportunity to budget it and produce it.

It followed by writing The Sullivan’s a series about a family and their friends looking to survive under the umbrella of world war II. Seven Network did not like it so Jock with Crawford’s also created Bluey a TV show about a cop and his life-fighting crime which lasted several seasons. Jock then spent time in LA developing Skyways and worked with Larry Marks a US writer who had won a number of Emmys. That was a lot of fun spending six weeks in LA getting the first script written and plotting out the first series which unfortunately didn’t make it on to Australian screens but Jock quickly improvised and did his best pitch ever, resulting in a sale and a pick-up for 13 episodes. One of the best moments of his life, because The Sullivans went on to become a huge hit in Australia and the UK winning a few Logie Awards.

Jock was interested in the mini-series market but Hector wasn’t as keen, So following a call from the CEO of the South Australian Film Corporation (SAFC) who had enjoyed great success with feature film Jock did he wanted to move into television and get Jock on board to mini-series Sara Dane.

His initial two-year contract with the SAFC eventually stretched out to 10 successful years. During the decade Jock produced two feature films, three telemovies and about ten mini-series. Among them were Robbery Under Arms, The Shiralee, Golden Fiddles and popular kids movie Playing Beatie Bow which won most exciting film at the Moscow film festival. After a decade the SAFC wanted a change of direction and decided to stop producing in-house. So at this point in time Jock is out of work with a mortgage and two children in private school and no real plan for the future…

By some twist of fate Warner Roadshow studios sold Paradise Beach to the Nine Network and his friend Bevan Lee asked Jock to produce. Producing Paradise Beach was the most fun Jock had ever had producing a show and writing some episodes, working for 18-20 hours each day and loving every minute of it, shooting out of a broadcast van with sound booms, working out of an empty studio on a low budget the show received low ratings but it was so much fun! After Paradise Beach, he got another offer out of the blue to produce a feature film which fell through a month later. This was a hard time for Jock and his family managing the incoming and outgoing money but eventually stirred up the motivation inside Jock to begin writing a novel he titled Butterfly Blue.

Following this Jock produced The Man from Snowy River television series, Stingers and few raunchy episodes for Pacific Drive, mini-series The Violent Earth mostly shot in beautiful Port Douglas. The CEO of Crawford’s at that time was David Rouse became good friends with Jock. On a trip up to Sydney with Bevan Lee, who was the guy previously at Nine who liked my mini-series gave him the opportunity to write the script and produce his own mini-series called Tribe about a bunch of people on a cruise who get attacked by pirates who sink their ship. The survivors make it to an island that has been booby trapped by the Japanese during World War II. Goodbye mortgage and school fees!

After the show Jock returned home to Paradise Waters working a bit script editing and doing script assessments for the PFTC, which later became Screen Queensland. I also did some work for the now defunct QPIX and was about to start my second novel when I got a call from the Head of Production at the PFTC to asks if I could sit in for six months to assist with Development.

Some of the last projects that Jock worked on in Screen Qld where they had invested in were The Railway Man, Secrets and Lies, Strange Calls, Predestination. 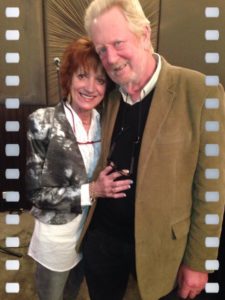 Today news will be sad to who knew Jock well and colleagues who he worked with him over her carer, and our thoughts are with his wife Joy and family. Rest in peace Jock and thanks for your contribution to this industry you sure gave a lot of dedication to and helped many on their way.