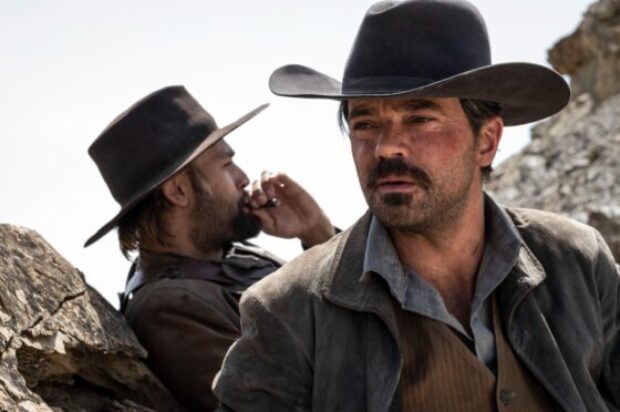 Filmed in Italy, Spain and Morocco, the story describes the eight-day clash between Arthur McCoy (Cooper) an incorruptible sheriff with a troubled past, and Red Bill (Booth), an infamous, solitary bounty hunter known for decapitating his victims and stuffing their heads into a dirty black bag, because, as he puts it, “heads weigh less than bodies.” Paying homage to the classic spaghetti western, the series tells of bounty hunters, bandits and bloody vendettas.