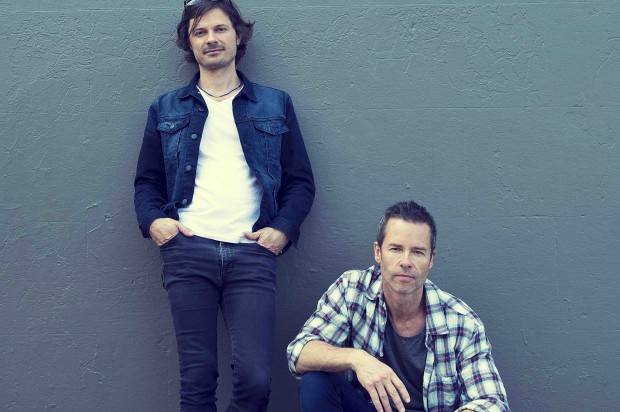 Hush Hush Biz has ONE double ticket for BROKEN TRANSLATIONS HEADLINE TOUR WITH GUY PEARCE AND DARREN MIDDLETON The concert will be held at QPAC Brisbane at 6.30pm Thursday night 12th February 2015.

For a chance to be in the draw send your DETAILS BELOW to [email protected]
Answer the question which was the film where GUY PEARCE played a villain last. Share Comp on a friends FB page and make sure they have liked our FACEBOOK PAGE https://www.facebook.com/hushhushbiz?ref=br_tf
and if on instragram join our page there too…… http://instagram.com/hushhush_biz

GOOD LUCK and Comp closes on 11th February 2015. WINNER WILL BE NOTIFIED BY US FOR THE TICKETS.

NAME
PHONE NUMBER
ADDRESS
SEND TO: [email protected]
Entry to only to Sth East QLD
Comp will close on 11TH February 2015 AT MIDDAY.

Hot on the heels of his two sold out album launch shows, Guy Pearce will join forces with Powderfinger’s Darren Middleton for an upcoming ‘Broken / Translations’ double headline tour. The run of shows will kick off in Bendigo on Saturday 31 January and will see the travelling troubadours take on the east coast and Adelaide Fringe, finishing off in Guy’s old hometown at Geelong Performing Arts Centre on Saturday 28 February.

It’s an unexpected collaboration, yet it makes so much sense.

Two Aussie legends, each entering their own new career phase, Pearce and Middleton are set to hit the road in early 2015.

Best known for his stellar film career, Guy has recently launched his music career with the album, “Broken Bones”.

Former Powderfinger guitarist and songwriter extraordinaire, Darren Middleton has garnered acclaim for his solo album, “Translations”, playing on his melodic strength and taking fans on an intricate journey.

Says Guy, “I’ve been a fan of Darren’s for 20 years. He’s a wonderful storyteller and the idea of getting to perform together is a thrill for me. He’s a great songwriter and as we know, helped take Powderfinger to the top of the charts many times over. Apart from getting to sing together, I know we’ll also have a good laugh.”

Says Darren, “The idea of this tour developed from an early conversation between myself and Guy, and I think, gave both of us an unexpected and interesting surprise. Having been a fan of Guy’s film work and remembering something he said in an interview years ago that framed my own drive for music perfectly – and then listening to his incredibly well constructed album, I’m really excited to be hitting the road for this unique musical adventure.”

Guy and Darren will share the stage in what promises to be an unforgettable show, performing songs from each other’s repertoire, with a full backing band.

Supporting will be alt/country songstress, Krista Polvere, recently described by Ryan Adams as “… the next big thing”.

This is a not-to-be-missed event!