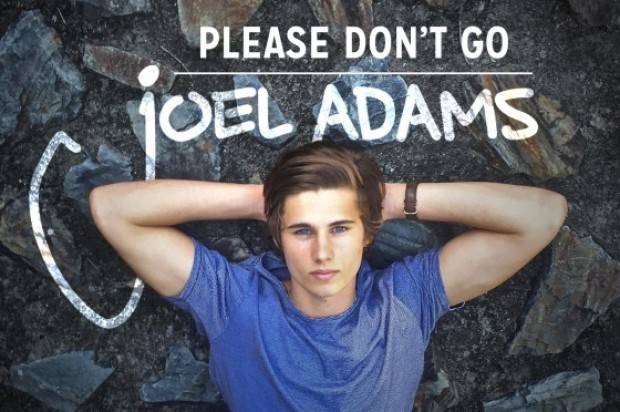 Joel Adams is a 19 year-old, Brisbane born pop and soul singer/songwriter who officially made an impact in the music world on December 24, 2015 when he released his debut single, Please Don’t Go. The music video instantly catapulted Joel to international stardom earning over 15 million views through Facebook and YouTube in the first month of the release.

Set to become Australia’s latest international sensation, the official music video for Please Don’t Go has received over 400 thousand likes, and showcases Joel’s incredible vocal range and smooth tone along with his unique songwriting abilities which extend far beyond his years in age.

Joel’s debut single has charted on the iTunes Australian pop daily charts nearly every day since the first month of its release, peaking at #36 – all being accomplished totally organically with no official radio play. Please Don’t Go reached #5 globally on Spotify’s Viral 50 charts, having earned over 2 million streams, including #2 in Australia, France, Norway, and South Africa, as well as #54 on Billboard Canada’s Hot 100 Tracks. The song has been featured on numerous major-label curated playlists, including Filtr’s Hello World and Get Popped alongside many of today’s most successful pop acts.

At fifteen, Joel appeared on the X-Factor Australia under the name Joel Goncalves and earned rave reviews for his audition performance. Since he was seventeen Joel has been posting weekly song covers on his social media accounts which has seen him gain a fan base of over two million followers.

With a global bidding war underway amongst every major record label and their affiliates, Joel has also signed to WME Australia and Asia, the largest talent booking agency in the world, where he joins the likes of other successful Australian artists including 5 Seconds of Summer, Chet Faker, Jarryd James, Matt Corby and Angus and Julia Stone. He is managed by Will Walker Records, an independent record label based in New Orleans, Louisiana USA.

Please Don’t Go is just the beginning of what Joel Adams has to offer and with his fan base growing every day, he is an artist to watch in 2016 and is set to dominate both the Australian and international music arenas.