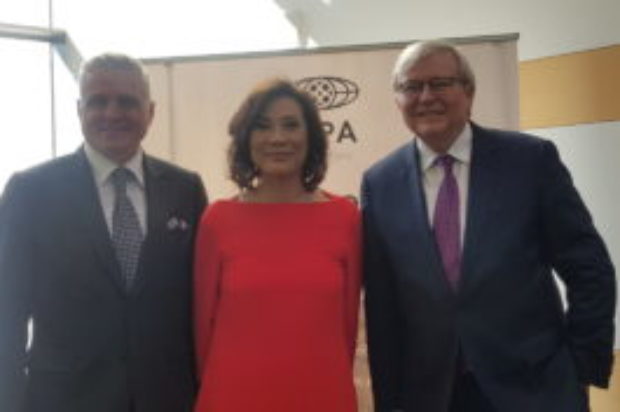 It was an event that sure had a powerhouse of world leaders in the film industry to discuss the Asian movement yesterday 5th November at the Skirball Cultural Centre.

The main message of the day is that Asia pacific is more in the business than ever to make production in film and TV and with more platforms rising the demand is in and more growth in production houses and producers looking for good writers and ideas to pitch.

Yesterday a remake was made by Douglas Montgomery chairs Japan America Society of Sth California and is Vice President of Warner Bros Home Entertainment, that there is a conflict between Korea and Japan right now which was a surprise to the markets and more agreements with China and Japan.

Overall things are growing even in demand on DVDs for their films. This year they did a remake of The Bucket List in Japan which is a tittle they expect good results with.

President Janet Yang who is Governor of Academy of Motion Picture Arts and Sciences a great mover and shaker of the Asian industry sat with Wei Zhang President Alibaba Pictures and Miss Zang highlighted the film “The Green Book” Oscar winner of 2018 best film, which they loved as to the positive message it carried and created a billboard effect for the marketing to the film message when they screened it this year. Also, the film “Dogs Life” did well due to the fact that the Chinese are more owners of Pets now, but it affected the film release in American.

Other great speakers of the day were Michael C. Ellis president of MBA who praised the industry and Bob Weis as to the making of Shanghai Disney World, with many other great speakers like Rob Ree head of IBD of Tencent Pictures, Daljit DJParmer CEO Extraordinary Entertainment plus actors who spoke of the movement for themselves Diana Lin and Tzi Ma who spoke on The rents from The Farewell. 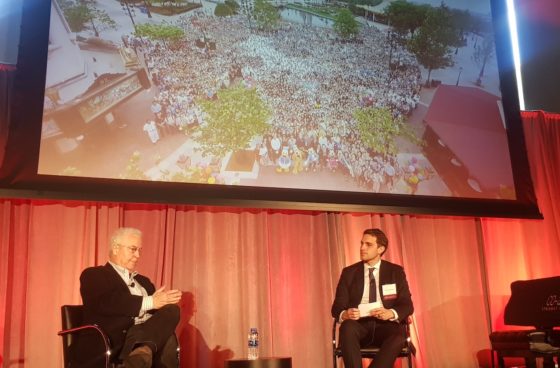 One of the most popular guests to arrive was Wang Leehom Singer-songwriter producer actor and film director. He was in the spotlight for Game-Changing Artist and gave a great talk and most of the ladies in the room were in awe! Indeed a game-changer and amazing talent.

The ex-Prime Minister Kevin Rudd who spoke on the issues of US and China entertainment industry and even though he said he is no expert on this industry and loves to watch more so, he feels it will be a huge challenge for any business at the moment moving forward and gave an entertaining talk somewhat and was well received!

The evening was very much celebrated with gala dinner that had local entertainment and special awards and speeches.