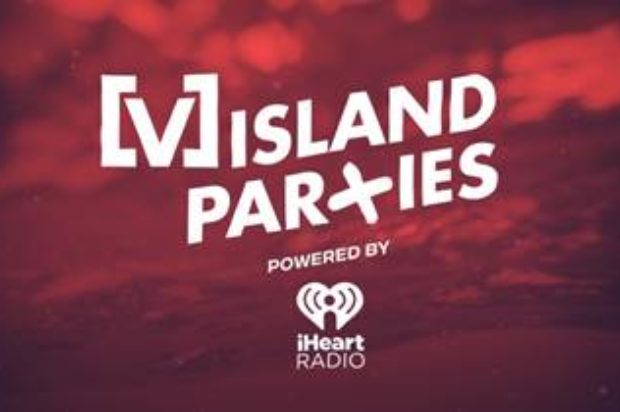 The legendary [V] Island Parties return in 2019 for another summer of unmissable live performances with singer, songwriter and GRAMMY® Award-nominated, multi-platinum selling artist Julia Michaels announced to perform at the first [V] Island Party on Wednesday January 30, thanks to presenting partner iHeartRadio Australia and broadcast exclusively to [V] on Foxtel.

Set on the iconic Sydney Harbour, Julia Michaels will get the party started with an exclusive set from her EP ‘Nervous System’, including her Grammy nominated Song of the Year “Issues”. Julia Michaels kicks off another season of exclusive performances carried on from a party tradition set by international superstars Ed Sheeran, Macklemore & Ryan Lewis, Mark Ronson, Dizzee Rascal, Rudimental, Charli XCX, Alessia Cara and Tiësto, along with Australian chart toppers and local legends PNAU, Hilltop Hoods, Guy Sebastian, Delta Goodrem and many more whom have graced the country’s hottest stage on [V] Island.

Since emerging in 2015, Julia Michaels has transformed pop not only from behind-the-scenes as a songwriter whose credits span everyone from Justin Bieber to Selena Gomez, but in the spotlight as a solo artist. Within just a year since arrival, she garnered 2018 GRAMMY® nominations in the categories of “Best New Artist” and “Song of the Year” for “Issues”.

Extending and expanding her influence, she has lent her voice to Clean Bandit’s international hit “I Miss You,” and also features on Keith Urban’s single “Coming Home”. Other collaborations include a duet and writing credits on Shawn Mendes’ latest album, and songs on Christina Aguilera’s latest album. Moreover, she’s written on recent albums from Pink, Maroon 5, and Jesse Ware and continues to shine on stage as well with sold out shows alongside Shawn Mendes, Niall Horan, Maroon 5 and will tour with Keith Urban as part of his Australian tour later this month.

Fraser Stark, Group General Manager, Foxtel’s Entertainment & Music channels said, “Julia Michaels is a pop star of substance – she writes her own songs intelligently with a strength of talent that has seen her pen songs for, and collaborated with, some of the world’s biggest stars.

Now Julia is in her own spotlight. The moment [V] heard her debut single ‘Issues’, we were hooked and the channel has supported her passionately since. Julia’s first ever Australian TV performance was on [V] so it’s great to now have her take to the [V] Island this summer.”

For your chance to see Julia Michaels perform live on [V] Island, head to vmusic.com.au and enter. [V] viewers can catch highlights of Julia Michaels exclusive performance from Saturday 2nd February at 4:00pm and you can tune into [V] Island Parties Radio presented by iHeartRadio playing the hits from the incredible artists who have previously performed on [V] Island here.

Julia Michaels will support Keith Urban on his 2019 Australian tour as part of the world tour from behind his tenth and latest album, Graffiti U from January 23.