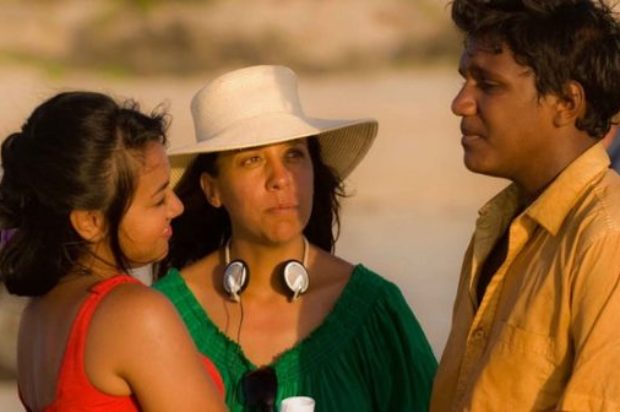 It is with the heaviest of hearts that the Australian theatrical community mourns the loss of one of our most significant playwrights.

Musician/singer/songwriter and beloved fixture on the Broome landscape, he will be forever associated with the groundbreaking production of Bran Nue Dae: a deeply personal and joyous, irreverent celebration of a musical journey back home towards his own Aboriginal identity, Kimberley style.

His father was Chinese–Japanese and his mother a Scottish–Bardi woman from Western Australia’s north.

He played in the Broome band Kuckles for more than 15 years, and after a debilitating car accident turned his hand to playwrighting. Thus, Bran Nue Dae was born. When a very early draft of the play, in its rough tarnished glory, came to the attention of Andrew Ross, Artistic Director of Black Swan Theatre company in the early 1990s, he immediately recognised an opportunity to help create something potentially magical and important. The courage and faith shown by Black Swan in working with the Broome community created the game-changing Perth Festival production of Bran Nue Dae that will forever be held close to the hearts of anyone who witnessed that first season. The explosion of colour and song swept up the entire nation. The playwright’s mission statement was first and foremost to spread unbridled joy around and an all-Indigenous musical about his life was the best vehicle to do that.

I worked with him on the subsequent screenplay for Bran Nue Dae, for the film directed by Rachel Perkins, and what he taught me about honesty and generosity of spirit in writing will never leave me. Working with an artist with such a strong sense of place was illuminating. We live in a world now with very few borders and endless choices. This can be overwhelming for the artist in trying to find an authentic voice. But he knew exactly who he was, where he was from and what he wanted to say.

‘There’s nothing I would rather be than to be an Aborigine.’

When a chorus line of all-singing, all-dancing young Aboriginal boys fill a theatre with this mantra, well . . . you just wanted to join in!

He was awarded the Human Rights Award in the category of Literature and Other Writing for significantly contributing to the understanding of human rights issues in Australia in 1991. He was made a State Living Treasure in 2004, which recognised him as a creator of landmark Indigenous theatre and as an ambassador for the cultural diversity and energy of Broome. He was awarded the Western Australian Premier’s Special Book Award for Bran Nue Dae in 1991. He also won the Australia Council for the Arts’ Red Ochre Award for the lifetime achievement of an Indigenous artist in 1997.

He is survived by his partner and three children.

The AWG salutes a true pioneer and revolutionary.

*NB: The deceased is not named for cultural reasons