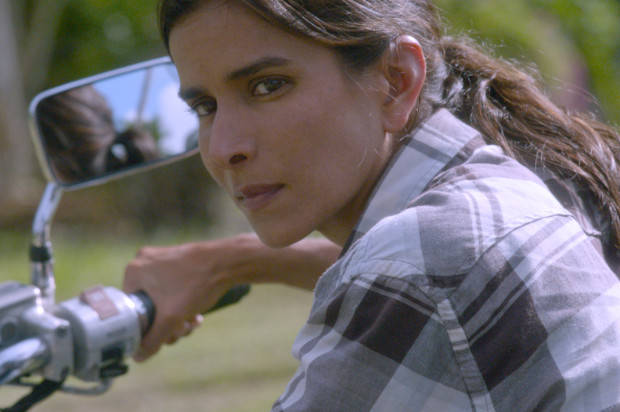 LIZ EN SEPTIEMBRE is written and directed by the lauded and award-winning filmmaker Fina Torres. The film follows in a line of renowned successes for Torres who has received no less than 12 international awards. Her recognized work has earned her a Camera d’Or award for her feature “Oriana” and 9 awards for Best Latino Film for “Habana Eva”. Other celebrated works include the Fox Searchlight romantic comedy “Woman on Top” and the Lionsgate distributed romantic comedy “From Prada to Nada”. LIZ EN SEPTIEMBRE’s mesmerizing impact on Venezuelan audiences and critics alike has led it to enjoy a massive wave of support via social media earning nearly US$1million in its first run.

Based on the Jane Chambers’ play, “Last Summer at Bluefish Cove,” LIZ EN SEPTIEMBRE sees Liz (Patricia Velásquez), an adventurous and exceedingly confident young gay woman, who dictates the rules she lives by, faced with an illness that threatens to take her life. Aware of her tenacious appetite for a challenge, yet oblivious to her illness, her friends dare her to seduce the lovely and straight Eva (Eloisa Maturèn), a dare that will pit love, life and death against each other, leading to an outcome no one expected.

The film has also been recognized for the leading performance of acclaimed Venezuelan actress and model Patricia Velásquez. Previous work by Velásquez includes the critically acclaimed and award-winning Showtime series “The L Word” and performances in two films from the enormously successful “The Mummy” franchise.

“We are extremely pleased to be representing such a beautiful and penetrating film as LIZ EN SEPTIEMBRE” said CMG President, Edward Noeltner. “Fina and the amazing cast have created a very special film that lingers for days on the viewers mind and is sure to find the same success internationally as it has in Venezuela,” added Noeltner.

The deal was negotiated by Noeltner and CMG’s VP of Sales, Daniel Bort, with the film’s Producers, Torres, Judy Miller and Laura Oramus.