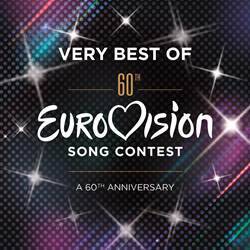 In the autumn of 1955, the members of the newly formed European Broadcasting Union met to plan a show that would demonstrate the new capabilities of broadcasting links between countries for the young medium of television. After some debate on the format (an international circus or dance show was considered) it was decided that an international song contest, along the lines of the Italian Sanremo Festival, would be the best vehicle for the experiment. It was uncertain if the “Grand Prix de la chanson Eurovision” would run for more than one edition. In 2015 what the world has come to know as “The Eurovision Song Contest” proudly clocks up its 60th edition.

We will never know if any of those who brought the Eurovision Song Contest into the world could ever have imagined how successful, enduring, magical and iconic this entertainment event would become. From a humble debut with seven nations, it flourished to become the world’s most popular music show, regularly uniting forty and more countries in friendly competition.

And the Eurovision Song Contest has been a launching ground and a showcase for stars, both national heroes and international celebrities. Many careers have been born at Eurovision and others have been given a new lease of life. Many magically performed songs have taken on cult status. Stars have graced the Eurovision stage in droves: Abba, Céline Dion, Udo Jürgens, France Gall, Nana Mouskouri, Françoise Hardy, Sandie Shaw, Cliff Richard, Julio Iglesias, Gigliola Cinquetti, Vicky Leandros, Brotherhood Of Man, Ofra Haza, Johnny Logan, Lara Fabian, Lulu, Engelbert Humperdinck, Lordi, Umberto Tozzi, Katrina & The Waves and Conchita Wurst, to name just a few. They have all demonstrated that they are originals that have endured well beyond their contest glories.

Every year there is the irrepressible aspiration to find new musical clues as to what makes Europe what it is, and in the end to choose the best. “May I have your votes, please?” or “Puis j’avoir vos votes, s’il vous-plaît?” Those were and are the magic words that start the voting. That is when it becomes clear who has perhaps built their hopes a little too high, or who will surprise the pundits and become the winner. Almost 1400 songs have been presented in the course of 60 contests. Most of these hold fond memories and many were smash hits, nationally and internationally.

This compilation puts together (in chronological order) some of the most popular, well-known and most successful smash-hits of the impressive history of the Eurovision Song Contest!