The X Collective’s creative director Wayne McPhee is pleased to further announce more actor names, for his next production ‘Red Rabbit, White Rabbit’ to be staged in West End in the space of Fate Container Studios commencing 7th October with two veteran performers. TV Veteran and theatrical sweetheart Amanda Muggleton will perform one of the nights over the course of the season. Over her years she has graced the stages with roles like Shirley Valentine and Educating Rita, and as Maria Callas in Master Class, for which she won the 2002 Helpmann Award for Best Actress in a Play. She won a second Helpmann Award in 2005, for her role as Mercedes Cortez in the musical Eureka! Also confirmed is Nell Campbell, aka Little Nell, an actress, singer, and former club owner. Best known for her role as Columbia in the 1975 film ‘The Rocky Horror Picture Show,’ and as one of the members from the original stage production. Over the course of her career, Nell was a signed artist of A&M Records which released her debut single ‘Stilettos and Lipstick’ in 1975.
We are also proud to announce Terry Hansen, as one of Australia’s biggest names in stand-up comedy. Terry is also one of the voices of Brisbane’s No 1 Breakfast FM Radio Show: Robin, Terry and Kip on 973fm. 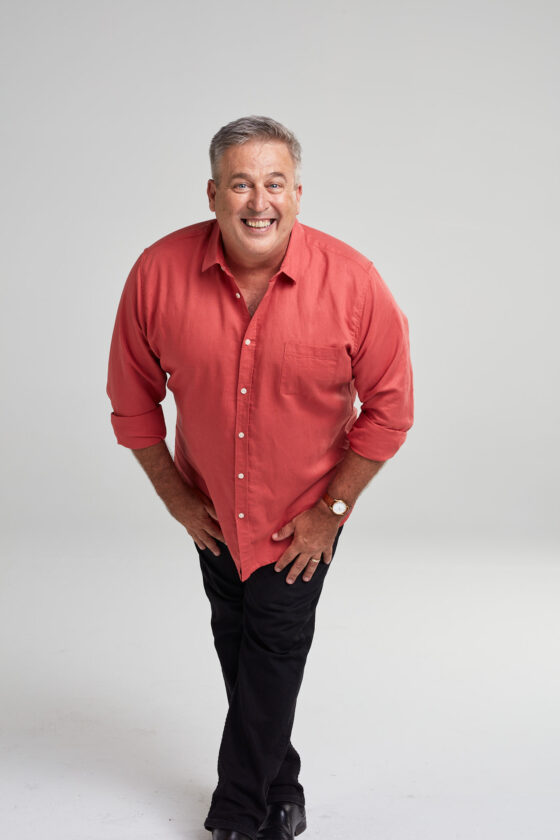 Forbidden to leave his native Iran Soleimanpour wrote a play that was able to travel the world in his place. Each night the audience joins different performers on a trip into the unknown. Stumbling upon the personal and profound, the limits of liberty and ultimately an effective reminder of the transformative power of theatre. Since its premiere in 2011, the play has been translated into 25 different languages and has been performed over 2000 times.
Upcoming Brisbane creative director Wayne Mcphee is very excited over the casting and the fact that he has secured the rights to present this very unique and intense stage production, which has no director, or script, and two different actors each night that will add loads of emotion for all involved to perform this experimental piece of avant-garde theatre. With now securing Amanda Muggleton, and Nell Campbell, this will be something special to see. These two names perform ‘White Rabbit, Red Rabbit’ in Brisbane as to the rest of cast.  I am also excited about the space we have secured for all of the actors to perform in Brisbane. McPhee adds this will be an event that will be the talk of the ‘town’ and it has Brisbane theatre lovers buzzing already!