CBS Tony Bennett lady gaga Viacom by Caroline Russo | on September 17, 2021 | 0 comments | in Entertainment | Like it 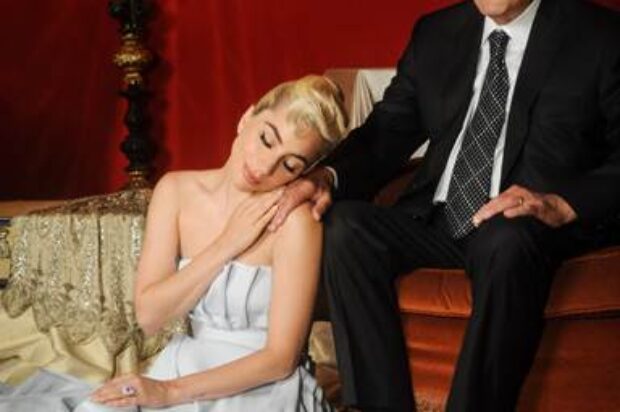 Coming Soon to Paramount+ And MTV.

ViacomCBS today announced a first of its kind talent partnership with icons Tony Bennett and Lady Gaga. The new and expansive deal covers multiple projects across the global entertainment and content company’s portfolio, including CBS, MTV Entertainment Group and Paramount+.

This initiative ties in with Bennett and Gaga’s new album, Love For Sale, the new collaborative album from Tony Bennett and Lady Gaga, will be released on October 1st on Columbia Records/Interscope. A celebration of the Cole Porter Song book, the album will be Tony’s last studio and is the culmination of Bennett and Gaga’s 10-year recording history. Their duet and title track “Love For Sale” will be released globally this Friday, with the accompanying video releasing as part of a MTV Global premiere on Saturday, 18 September on MTV Classic and MTV Hits.

“We are honoured to partner with the legendary Tony Bennett and the iconic Lady Gaga for ViacomCBS’ biggest cross-platform music talent collaboration to-date” said Bruce Gillmer, Chief Content Officer, Music, Paramount+ and President of Music, Music Talent, Programming & Events, ViacomCBS. “With the sweeping range of our unique brands and platforms, ViacomCBS offers an unparalleled one-stop shop for artists to showcase their global music releases and creative content of all varieties.”

“The ViacomCBS 360 partnership is innovative and clearly ahead of its time. It serves as an indication of what the future holds for the entire entertainment industry at large. The “one stop shopping” aspect of the partnership gives us the unprecedented ability to seamlessly launch and market “Love For Sale” on a global basis,” said Danny Bennett, son and long-time manager of Tony Bennett. “Bob Bakish and Bruce Gillmer understood and shared our vision and the historic nature of this project. Tony Bennett’s resurgence began in the 90’s with his MTV Unplugged and it’s timely that the last chapter ends on the same note.”

“MTV has been part of Tony Bennett’s story since the 90’s, and has been the home to some of the most iconic Lady Gaga moments consistently over her career,” shared Bobby Campbell, Lady Gaga’s manager. “We are proud to partner with ViacomCBS to bring the experience of “Love For Sale” to the world across platforms and generations.”

The ViacomCBS partnership includes the following which are coming soon to MTV and Paramount+: