VICKY PATTISON IS BACK TO SAVE THE WORLD FROM LOVE CHEATS, INTERNET CREEPS, LIARS, BACK-STABBERS & BULLIES IN JUDGE GEORDIE! 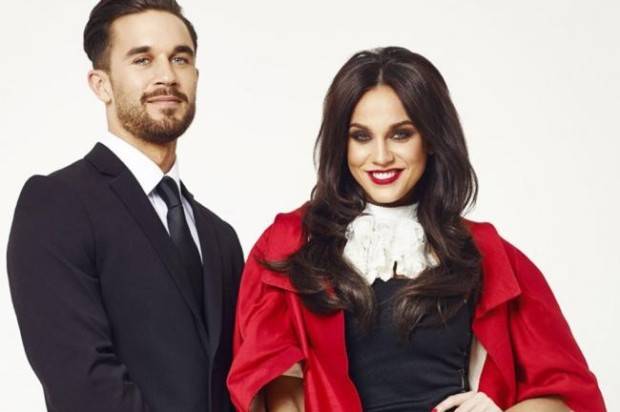 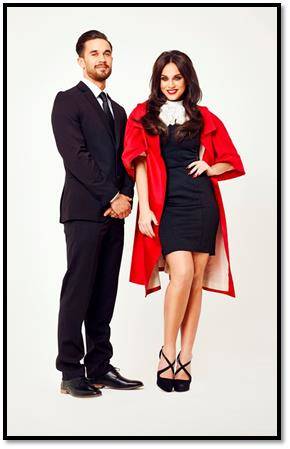 Missing Vicky Pattison on your TV screens lately? Never fear, the wait is over with Vicky returning to MTV screens on the 9th June to help solve Britain’s relationship nightmares! Whether it’s a relationship problem, cheating boyfriend, best friend betrayal, being bullied to or being lied to Judge Geordie is there to save the day! The brand new series has Vicky rushing across the country, solving problem to problem with her famous philosophy on life, ‘better out than in!’

Always there as a shoulder to cry on and to offer her pearls of wisdom, Vicky will be bringing her role as ‘potty-mouthed mother figure’ to tangled relationships up and down the country, as she takes to the road with her trusty sidekick, Alex Cannon, hunting out relationships and friendships that are on the brink of no return.

Armed with her no-nonsense approach, brutal honesty and wicked sense of humor, Vicky will investigate the barneys, bust-ups and break-ups of young people across the UK. Vicky will explore real stories of heartbreak and betrayal, before delivering her verdict as viewers are taken on an emotional journey full of high-drama, twists, turns, revelations and home truths.

“Watch out people of Great Britain – I’m back and I’m taking no prisoners! Me and my mate Alex are travelling the length and breadth of the UK trying to solve all of your relationship woes. From friendship to romance, there’s nothing we can’t handle! But be warned – we aren’t going to sugarcoat anything – we’re dishing up tough love with a side of sarcasm and a helping of brutal honesty! So if you’re a cheat, liar or just a general twat, brace yourself because we are coming for you!” said Vicky.

Vicky won’t be tackling these tasks solo thanks to her trusty wingman Alex; her driver, protector and confidante all rolled into one handsome hunk. Alex helps her talk through the issues at hand and keeps her safe in the heat of the moment. A tall, dark, handsome and single buff best friend, Alex will take his fair share of verbal abuse from Vicky, but as their banter grows more and more during the long car trips, will there be more to this relationship than just ‘judge’ and ‘driver’? 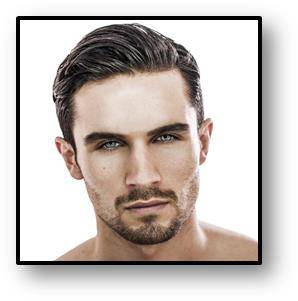 When Judge Geordie hits screens, we don’t think Vicky is the only person people will be looking at! Easy on the eye, Alex Cannon, known to his friends as Nasty Nick, is a 26 year personal trainer and model from Liverpool who will be Vicky’s wingman throughout the series.

Born in Liverpool, Alex still lives with his Dad, his brother and Shih Tzu, Roxy, in their family home. He describes their family unit as super close ‘my siblings are like my mates,’ and he naturally fits into the ‘housewife’ role.

When he’s not on the road with Vicky, Alex is a part time personal trainer at his local gym with dreams of setting up a clothing line. Not surprisingly, Alex also models for a living with his work taking him all over the UK modelling for brands such as Men’s Fitness, Adidas and Healthy For Men.

Alex’s talents, which include being able to ‘wiggle his ears, wave his belly and pick his nose,’ mean he is a hit with the ladies. Though he is single at the moment, “the auditions are open” for a girlfriend. He hates cheating and his ideal woman has to be “ambitious, fun and a 10 out of 10 – the whole package.”

Alex also loves training, going to the gym and keeping himself in shape. He’s a lads lad, spending time with his mates and often hitting up the clubs of Liverpool.

Alex can’t wait to join Vicky on her quest to solve Britain’s relationship problems, promising to always be vocal and to the point. “I’m looking forward to the experience of helping people out but also being able to voice my opinions and core values.”