‘VICTORY THE PODCAST’ – THE #1 PODCAST IN AUSTRALIA!! 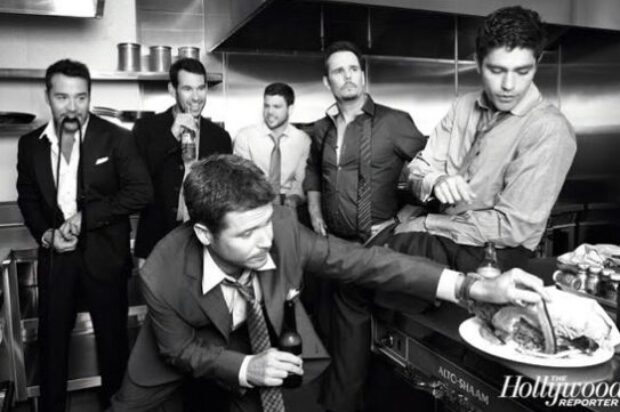 In what has been a challenging year the world over, it has also meant that additional creative outlets could also be explored by those who were unable to work. As a result, Doug Ellin (Creator of Entourage) and cast members: Kevin Dillon and Kevin Connolly teamed up and created their very own Podcast: ‘Victory the Podcast.’

The successful 1hour weekly episode, has attracted a cult following (over the past 6 months), with Entourage fans re-watching the show & movie and then listening to their ‘behind-the-scenes’ accounts of what made the show so successful. They’ve also had special guests & past cast members join them, such as: Emmanuelle Chriqui, Jerry Ferrara, Constance Zimmer, Scott Caan, Scott Vener (the show’s music programmer) as well as Hollywood icons: James Caan, Larry Charles, Gary Busey, Ralph Macchio and more, pop in for a chat. Tune in to this week’s episode (from later tonight) to hear Jeremy Piven (the infamous Ari Gold) as their special guest. In what feels like a fun chat with friends (with a lot of laughs), from the guys who brought you the definitive TV show about Hollywood.

‘Victory the Podcast’ has now hit #1 across Australia! Fans from around the world, interact with Doug and the boys via social media daily, sharing their favourite episodes, scenes and even lines of the popular show (with of course “Victory” being a popular catchcry – made famous by Johnny Drama). The team even took live callers to air, during a recent episode, where they incredibly received over 10,000 calls!

Doug Ellin would like to thank his Aussie fans: “I have always had a special connection with Australia, even though I still have not made it there. I can’t wait to go as soon as this pandemic is over and meet all the great fans over there. Thank you for all the support!”

Doug Ellin also recently announced that he’ll be teaming up with English Film Producer, Director & Screenwriter Matthew Vaughn (Lock Stock and Two Smoking Barrels, Snatch, X-Men: First Class, The King’s Man) and his UK production company Marv, in the company’s first TV Series called: ‘Day 1’s’ – a ten-episode series about a young footballer Dezmond King and his friends, navigating the highs & lows of Soccer stardom in the UK. Soccer Star Thierry Henry will appear as himself and will also Executive produce the series with his long-term Agent Darren Dein. Filming is due to begin in 2021. Needless to say, fans of ‘Entourage’ and ‘Victory the Podcast’ are eagerly waiting with bated breath.

About Entourage:
After 8 seasons, 96 episodes and a feature film, Emmy & Golden Globe Award winning, ‘Entourage’ to this day, is still one of the most talked about (and binge-worthy) TV shows, appealing to a new generation of fans. Loosely based on Mark Wahlberg’s life (tightly based on Doug Ellin’s friendship group and acquaintances), the show highlighted the importance of friendships and real-life situations in modern-day Hollywood.