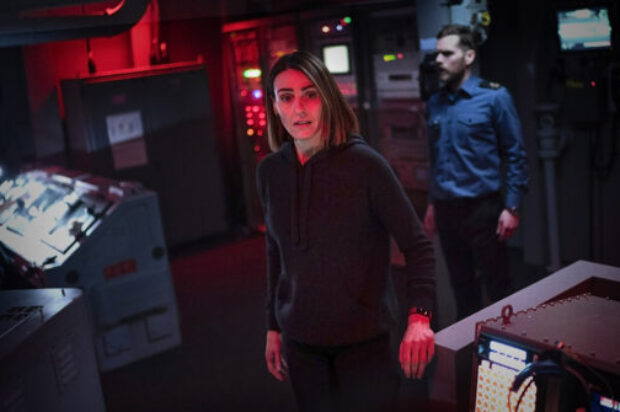 THE DEEPER YOU GO, THE DARKER IT GETS…
VIGIL
NEW CRIME DRAMA SERIES

FROM THE MAKERS OF LINE OF DUTY

The brand-new crime drama series Vigil, written and created by Bafta-nominated writer Tom Edge (Judy, The Crown, Strike) and from the makers of Line of Duty, Bodyguard and The Pembrokeshire Murders, is coming soon to BINGE.

The mysterious disappearance of a Scottish fishing trawler and a death on-board the submarine HMS Vigil bring the police into conflict with the Navy and British security services. DCI Amy Silva (Suranne Jones) and DS Kirsten Longacre (Rose Leslie) lead an investigation on land and at sea into a conspiracy that goes to the very heart of Britain’s national security.

The fictional six-part series is written and created by Bafta-nominated writer Tom Edge, with episodes by Ed Macdonald and Chandni Lakhani. It is directed by Bafta-winner James Strong, and Isabelle Sieb. Vigil is produced by Angie Daniell, executive produced by Simon Heath and Jake Lushington for © World Productions, Gaynor Holmes for the BBC, James Strong and Tom Edge.

Vigil is set and was filmed in Scotland, and is supported by the National Lottery through Screen Scotland. International distribution is handled by ITV Studios.

New to BINGE? Get a 14 day trial today and start streaming instantly