aircrafts flying high MARS Richard Branson supersonic Virgin Galactic by Caroline Russo | on May 30, 2018 | 0 comments | in Daily News and Updates | Like it • Uses much of the same technology, construction and design of its predecessor, SpaceShipOne (SS1),
while being twice the size in terms of wingspan and overall length and nearly six times the size in cabin
volume. SS2 has also been designed for commercial service, whereas SS1 was a proof-of-concept
demonstration. 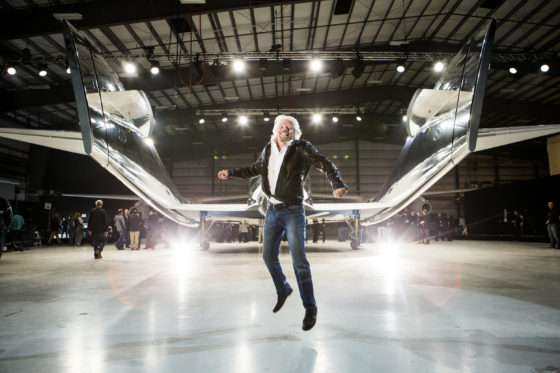 • In August 2016, the FAA-AST awarded Virgin Galactic a license for SpaceShipTwo operators. The license
award, which will ultimately permit commercial operations of the vehicle, was the culmination of
several years of in-depth interaction with the FAA. The license review process consists of an in-depth
review of the vehicles system design, safety analysis and flight trajectory analysis, culminating in FAAAST
approval.