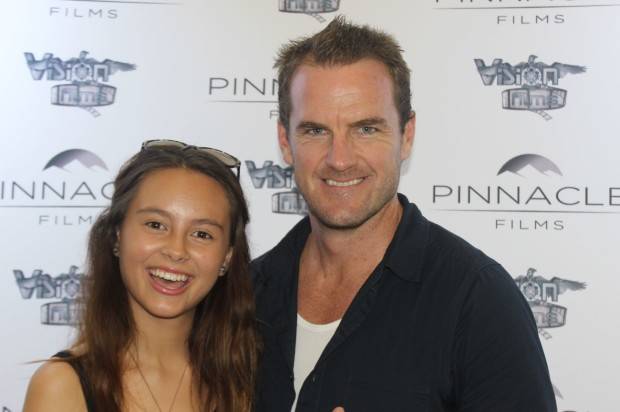 Dunamis – the future is now
Debut film maker Mack Lindon from Vision Pictures Australia is set to embark on his next feature film venture following his first success, true-story movie RISE. RISE gained a theatrical release in Australia & New Zealand through Pinnacle Films and is now set for an imminent release in the U.S. & Canada.
Dunamis – the future is now has “already secured some great Australian and International cast and will be shot here in Australia and Mexico”, Mack told Hush Hush Biz.
It will be a love story set 80 years from now, back dropped by a new world system, known as Sardis. Mack said he wanted to ensure it “portrayed a believable progression of the internet and humanity’s response to such a system”. People who have seen Mack’s life story unfold in RISE, will still see his prison ‘vibe’ spill over into Dunamis, as a group of defect criminals, known as the Alverdores survive outside the ‘system’.
In addition, is a nomadic group of horsewomen led by New Zealand actress, Amanda Billing (Shortland Street) and local teenage star Jordyn Yarker (Nickelodeon’s Bella & the Bulldogs). The leading man will be played by Home & Away favourite, Dan Ewing (Power Rangers, Dancing with the Stars & Red Billabong) alongside newly discovered Queensland actress, Maddison Baker, set to win the hearts of many.
Channel 7’s Wanted star “Mirko Grillini will be playing a critical role too” Mack said.
Hush Hush Biz could not tempt Mack to reveal two other ‘huge’ names who will be joining this very unique line up. Fans could expect to see a cameo again from Mack who plays ‘Baxter’ in RISE and among many other acting roles, enjoyed his time on Ned Kelly starring the late Heath Ledger.
“We’re making a film about what everyone is seeing emerge” Mack said. “Giving insight into a possible future may enlighten people about choices we make today do affect tomorrow” he added.