WE ARE YOUR FRIENDS – FILM REVIEW

film review Peter Gray WAYF We Are Your Friends Zac Efron by Caroline Russo | on August 28, 2015 | 0 comments | in Film Release & Reviews | Like it 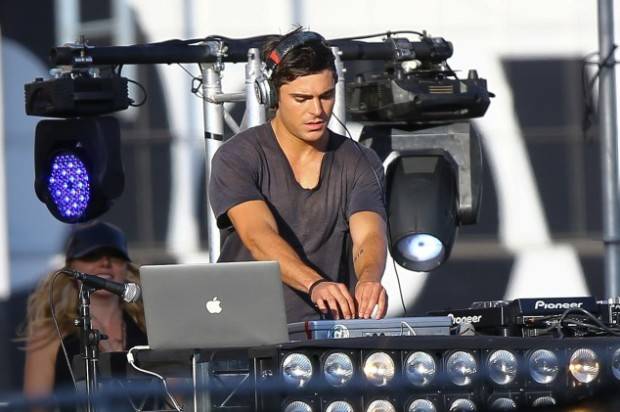 I walked in to ‘We Are Your Friends’ knowing very little about the electronic dance music scene, and upon my exit I was really none the wiser. It’s evident that co-writer/director Max Joseph (TV’s ‘Catfish) was hoping to create some sort of ‘Saturday Night Fever’ for the youthful EDM crowds of today, sadly this isn’t the case with the film offering very little substance and too much scenery.

The story itself is hardly anything to be blown away by as it focuses on 23-year old Cole (Zac Efron), a struggling DJ in the EDM scene. He envisions a larger life for himself and his “entourage”, and potentially finds the path to success in the form of James (Wes Bentley), an older DJ who is well established in the music scene. When Cole makes nice with James’ girlfriend Sophie (Emily Ratajkowski) – a meeting we all know will lead to a forbidden romance – it severs the bond between mentor and student and leads Cole on his journey of self-discovery.

Better films have worked with less so it’s a shame ‘We Are Your Friends’ can’t rise above its familiar premise. Efron continues to display that movie-star charisma that’s been so evident in his work but this type of thin material is far beneath him as a performer, and he isn’t able to elevate it above its shallow surface – try as he might. Efron at least manages to make his character semi-likeable, even if Cole and his band of “bros” (including the rather obnoxious Jonny Weston as opportunist Dustin and Shiloh Fernandez as actor-in-waiting Ollie) are horribly written, and the scenes of him DJ-ing appear genuine (helped by the fact that artist Alesso taught Efron the ins and outs of the profession) which aids in the film’s authenticity but not its quality.

Occasionally the film swings and hits its mark as it adopts amusing visual aids for key sequences which highlight the effects of taking PCP (this scene effectively transforms Efron into a cartoon character) as well as the myth of what happens to a person’s body when 128 beats per minute is achieved through music. Entertaining as these scenes are, it doesn’t detract from the overall product that is seriously lacking; even the climactic moment of Cole receiving his DJ glory moment at a music festival fails to deliver.

Efron’s career won’t be hurt by this underwhelming feature (it feels like a film that should’ve aimed for the low-brow/sex comedy route), Ratajkowski will remain similarly unscathed as it should be noted she works well with very little, and the accompanying soundtrack is likely to make a decent dint on the charts given its sound is what is relevant at the moment, but a handful of attractive ingredients sadly don’t culminate to a dish worthy of your purchase.