WHAT TO WATCH THIS VALENTINE’S DAY 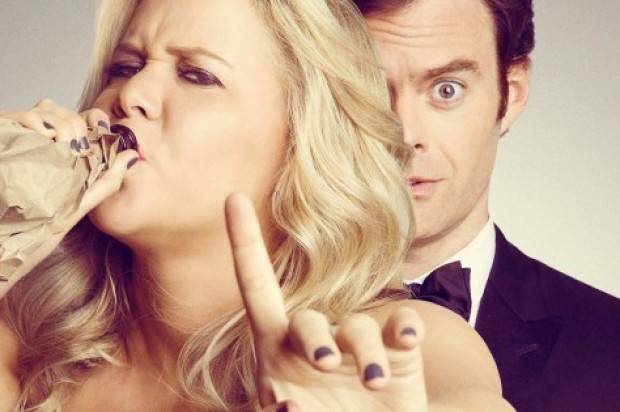 WHAT TO WATCH THIS VALENTINE’S DAY

The season of love is upon us with Valentine’s Day arriving this Sunday and, naturally, films of a romantic nature tend to gain traction. The theatres themselves this year are surprisingly light in the genre this year – save for the upcoming ‘How To Be Single’ (in cinemas Feb 18th) – so if you and your significant other, or non-significant other for that matter, are looking for some at-home suggestions for what to get comfy on the couch for on February 14th, take a look at these titles.

First things first: Can Goldie Hawn come back to the screen already? The bubbly blonde hasn’t been seen in a production since 2002’s ‘The Banger Sisters’ and this 1960’s comedy, Hawn’s first major film role, netted her the Academy Award for Best Supporting Actress – and rightfully so. Remade in 2011 as the Adam Sandler/Jennifer Aniston vehicle ‘Just Go With It’, ‘Cactus Flower’ is a particularly enjoyable romp detailing Hawn, Walter Matthau and Ingrid Bergman embroiled in a farce of sorts that involves Matthau hiring Bergman as his wife in order to romance Hawn who left Matthau initially because he was “married”. Confused? Don’t be, this glorious film will answer all your questions.

Undeniably one of last year’s breakout stars Amy Schumer delivered a surprisingly heartfelt comedy entry with ‘Trainwreck’. Though littered with her signature brand of crass humour the film delivered plenty of feels as Schumer’s commitment-phobic character found unexpected romance with Bill Hader’s particularly charming sports doctor. With the kind of dialogue that rings a little-too true and a wealth of comedic support in LeBron James (playing a heightened version of himself), John Cena (proving he’s more than just a wrestler) and Tilda Swinton (as Schumer’s no-nonsense boss) ‘Trainwreck’ proves not all romantic comedies have to succumb to the generic formula.

Remember when Meg Ryan was a thing? The one-time sweetheart of America has faded into relative obscurity as of late but in the 80’s and 90’s you’d be hard-pressed to find anyone more appealing. Following her blissful chemistry with Tom Hanks in ‘Sleepless In Seattle’ 5-years prior the duo reunited for the deliriously sweet ‘You’ve Got Mail’, an update on the 1940’s James Stewart romcom ‘The Shop Around the Corner’. The film feels a little dated now with its titular reference to receiving the-then-rather-revolutionary-idea of e-mail but the film’s old-fashioned appeal is timeless as we wait with bated breath as to how long it will take for the made-for-each-other-but-they-just-don’t-know-it-yet duo to fall for each other.

With the same-sex marriage debate still a burning topic, 2005’s ‘Brokeback Mountain’ appears a little ahead of its time as it depicts the sexual and emotional relationship between two cowboys in 1960’s Wyoming. The film had its fair share of controversy leading up to its release but it proved all for naught as Ang Lee’s heartbreaking film respected its subject matter and presented leading men Heath Ledger and Jake Gyllenhaal with honourable material.