Australian/Afghanistan Early Oscar® Buzz by Caroline Russo | on October 25, 2021 | 0 comments | in Film News | Like it 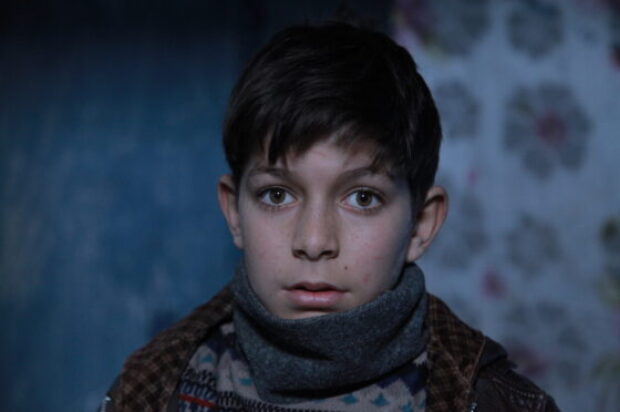 Australian/Afghanistan co-production When Pomegranates Howl has been selected as Australia’s official submission for the Best International Feature Film at the 2022 Academy Awards®.

It also recently garnered a nomination for Best Youth Film at the 2021 Asia Pacific Screen Awards, which will announce winners on 11 November.

Written and directed by Granaz Moussavi (My Tehran for Sale) this unforgettable anti-war drama, which was shot in Afghanistan, follows Hewad an irrepressible nine-year old boy, who hustles on the streets of Kabul – selling everything from pomegranate juice to protection from the evil eye.

Portrayed by Arafat Faiz, an untrained young actor, Hewad is a quick-witted, street-smart kid, who seizes every chance and dreams of becoming a movie star to support his mother and sister. When an Australian photojournalist befriends Hewad and starts documenting his life in order to create an empathetic depiction of children in a war-torn society, Hewad is hopeful that his luck may finally be changing.

Partly funded by the Adelaide Film Festival and post-produced in Adelaide, When Pomegranates Howl is the latest film from Moussavi, a graduate of AFTRS and Adelaide’s Flinders University, who immigrated to Australia from Tehran with her family in the late 90s. Since that time, she has distinguished herself as a contemporary poet, film director and screenwriter.

Distributed in Australia by Bonsai Films, this poignant feature will next be seen at the 2021 Sydney Film Festival along with a late November preview season in Sydney and Canberra, prior to a select theatrical release in the first quarter of 2022.