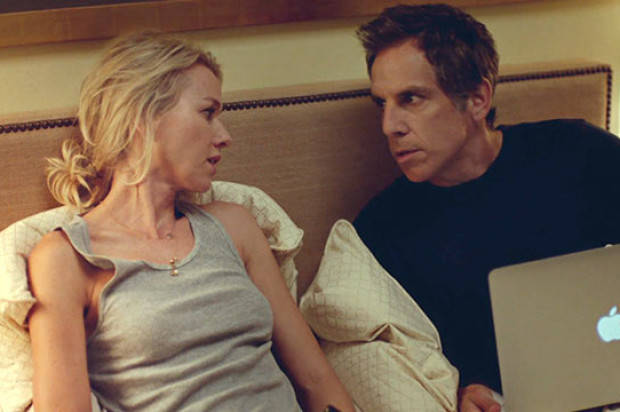 In another case of false advertising, Noah Baumbach’s ‘While We’re Young’ is presenting itself as a comedy of sorts, detailing the rather ordinary lives of forty-somethings Josh (Ben Stiller) and Cornelia (Naomi Watts) and the rejuvenation of existence they feel when encountering vibrant young twenty-something couple Jamie (Adam Driver) and Darby (Amanda Seyfried). Though not without its humorous moments, ‘While We’re Young’ is a fairly sour drama come faux-thriller which centres moreso on the relationship between Josh and Jamie, both unfortunately not the most pleasant of characters.

A documentarian whose latest feature has been almost a decade in the making, Josh has opted to lecture about the medium, seemingly in an inspirational rut whilst producer wife Cornelia goes on about her business with various projects. As their friends branch out and start families of their own, Josh and Cornelia feel the pressure of losing their social circle to the realm of parenthood, re-evaluating their relationship in the process as Josh is eager for children but with Cornelia having already suffered several miscarriages, she’s in no hurry to try again, and in her mid-40’s, she feels it’s too late.

Following one of his lectures, Josh is introduced to aspiring filmmaker Jamie and his free-spirited wife Darby, and not before long, conversations about film and hipster living in New York City are on the menu, and Josh and Cornelia feel alive again as they are seduced by the bohemian lifestyle Jamie and Darby are somehow able to afford; the couple’s spacious loft just one of the many luxuries the film asks us to accept these slackers have the monetary funds for. As Darby awakens Cornelia’s unknown love of hip-hop dancing (one of the film’s more amusing sequences), Josh and Jamie talk shop, resulting in Josh’s desperation to finally finish his documentary (and the film makes a point about never clarifying just what it is about) but Jamie’s idea about tracking down old school friends on Facebook and videoing their “reunion” appears to strike a chord with investors, and Cornelia’s famous documentarian father (Charles Grodin), much to Josh’s dismay.

The idea of two generations making nice with one another feels like it would be something more suited to a sitcom, but in the initial stages ‘While We’re Young’ grounds itself in a relative reality that the film feels like it’ll pull the premise off without going to extremities. The film certainly has plenty to say on the difficulties people experience when accepting their age (Josh claims he “no longer feels like a child imitating an adult”) and there are spirts of amusing social commentary on offer in terms of the older generation handling their media devices like another appendage whilst their younger counterparts breathe new life into collecting records and VHS tapes. If the feature continued on the path we expect it to, as clichéd and smug it may have been, ‘While We’re Young’ would’ve at least been a more enjoyable product but, for whatever reason, it oddly veers into darker territory when Jamie’s documentary becomes the prime focus, highlighting both Josh and Jamie’s ego-centric personalities along the way; Driver makes it work, Stiller doesn’t.

Despite their characters being particularly unlikable, Stiller and Driver still deliver performance-wise, and they’re well-balanced by on-screen wives Watts (she is the ensemble’s standout) and Seyfried (who is sadly underused), but as it all came to a close I didn’t entirely get what the film was hoping to achieve, only that it seemed to deliver more for those in front of the camera than the audience pondering as to what it’s all about.