WHO KILLED THE KLF? Makes World Market Debut at AFM 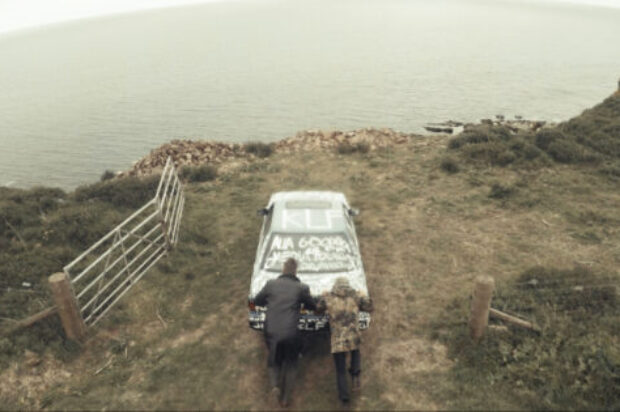 Fulwell 73 is pleased to announce the AFM World Market Premiere of one of the most controversial feature documentaries of our time, Who Killed The KLF? The film made its world debut at Fantastic Fest last month to high acclaim and screened to sold-out audiences despite efforts from various parties to stop it from happening.

30 years after they topped the charts and announced their retirement, the story of British pop duo The KLF is coming to light in a new documentary from BAFTA-nominated director Chris Atkins (Starsuckers, Taking Liberties). Who Killed the KLF? makes its world market debut at AFM shortly after its highly successful world festival premiere at Austin’s Fantastic Fest, the largest genre film festival in the US, specializing in horror, fantasy, sci-fi, and action movies from all around the world. A recent interview with Atkins that appeared in The Guardian toward the end of October raises the stakes even higher.

Not shying away from personal backstories and unseen archival footage, Atkins gives us an insight into Bill Drummond and Jimmy Cauty’s backgrounds and the burgeoning events that made the KLF so bizarre: the band who completely undermined the music industry in such a daring way.

Who Killed the KLF? is the journey of Bill and Jimmy – how they transformed from eccentric stars with a string of international no. 1 hits to increasingly hostile pranksters who – by the end – weren’t entirely convinced by their pranks themselves. The “K Foundation” – their new vehicle for their more destructive behavior – becomes the fixation of the second half of the film, as the band get disillusioned by the fame and wealth they accrued. The film highlights their most undoubtedly destructive act: when they burnt £1m of cash on the island of Jura in Scotland, and then refused to explain why they did it.

Who Killed the KLF? goes back in time to the moments that made the band so unique. Through the use of archive and reconstructed footage, audiences are taken on wild road trips to Sweden with the band, who attempt to meet ABBA to personally ask for permission to sample “Dancing Queen”; we go to remote Scottish islands with robed journalists; we go to Spain to watch the KLF make “The White Room”, a disastrous £1 million budget movie with no plot. As well as these unconventional stories, the filmmakers also explore the mainstream fame they had, with their frequent visits to “Top of the Pops” under different names, to their sets at rave warehouses as they pioneered the genre’s renaissance with tracks like “What Time is Love?” and “3AM Eternal”.

Who Killed the KLF? was produced by Nicky Bentham, with Richard Thompson of Fulwell 73 and Ian Neil serving as executive producers.