BRISBANE MEDIA CALL musical WICKED by Caroline Russo | on February 13, 2015 | 0 comments | in Theatre | Like it 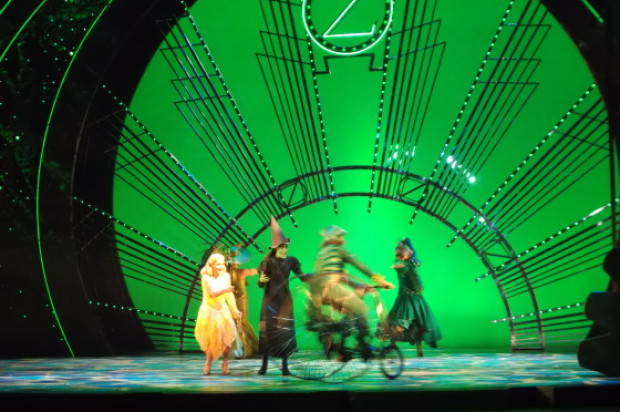 A invite to see a dress rehearsal today was to realise and admire just what a phenomenon “Wicked” is …once again brought to Brisbane and introduced by Co-Producer John Frost on stage at the Lyric Theatre this morning. 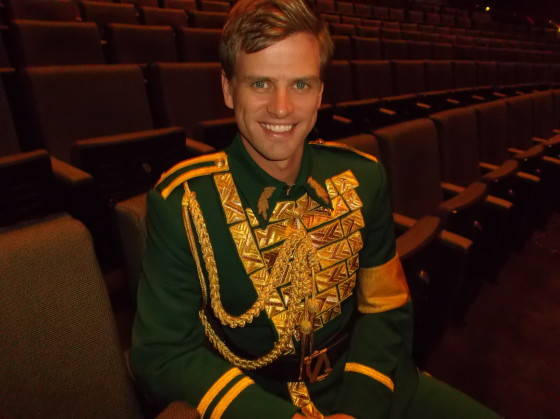 In between each number John Frost and Resident Director Karen Johnson Mortimer reminisced on the cast changes over the past seven years of touring with the production, and talked with the latest “Wonderful Wizard of Oz” Simon Gallaher, and new “ Fiyero” Steve Danielson in his first lead role in a musical.
Simon spoke of how it was at first daunting to take on the Wizard role following in the footsteps of the great Wizards ..the last being Reg Livermore …and with a cast who have already been in the show.
Speaking with Steve Danielsen afterwards; was such a pleasure to hear his enthusiasm for the show even after appearing in it for the last eighteen months. (There are still three of the original cast members who have been with it for seven years though!) Steve began his career as a Screen actor and yet had always wanted to appear in musicals, but his dancing held him back from being the “triple threat” of actor/singer/dancer. On taking extensive dance training in New York and Melbourne Steve auditioned for and failed to get into “Legally Blonde The Musical” initially.

For “Wicked” he had four audition calls and a Workshop to gain this current role. No “overnight success” but ten years of hard work and dedication to achieve his dreams.

This production is fresh and exciting and performed by a very talented cast which open up this Sunday 16th February 2015.
Review by and photos credit Sue Manger