brisbane theatre chocolate musical theatre tickets on sale willy wonka by Caroline Russo | on July 19, 2019 | 0 comments | in Entertainment | Like it 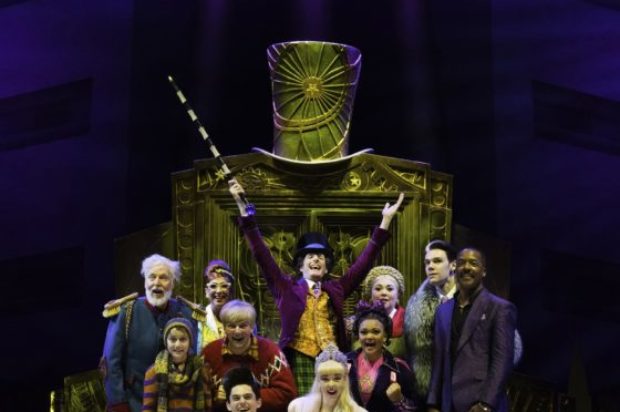 Tickets for the Brisbane season of Roald Dahl’s Charlie and the Chocolate Factory go on sale on Friday 19 July, after pre-sales this week. This wonderful production which garnered five nominations at the 2019 Helpmann Awards including Best Musical and Best Direction of a Musical (Jack O’Brien), plays at the Lyric Theatre, Brisbane from Friday 20 March 2020.

Willy Wonka will close his factory in Sydney on 21 July and move it to Melbourne after six wondrous months and hundreds of thousands of deliciously happy customers. Sydney has embraced Roald Dahl’s Charlie and the Chocolate Factory with both audience and critical acclaim, many performances selling out. All ages are loving the familiar story, the colourful characters and especially the Oompa-Loompas!

The search will be on later this year for the four boys who will share the role of Charlie Bucket for the Brisbane season, and join the wonderful adult cast of Charlie and the Chocolate Factory.

Producers John Frost, Craig Donnell, Warner Bros Theatre Ventures, Langley Park Productions and Neal Street Productions are thrilled that Brisbane will soon experience the wonders of Charlie and the Chocolate Factory. “Sydney has fallen under the spell of this beautiful and enchanting show, and soon Melbourne will experience its magic,” they said. “We can’t wait for Brisbane to get a Golden Ticket and share the wonder of Charlie and the Chocolate Factory.”

Charlie and the Chocolate Factory is perhaps Roald Dahl’s best-known story and has proved to be one of the most enduring children’s books of all time. The story of Charlie Bucket, the five Golden Tickets, the Oompa-Loompas and the amazing Willy Wonka has become firmly embedded in our culture since it was first published in 1964. Conservative estimates suggest the original book has sold over 20 million copies worldwide; it is now available in 61 languages.

Get in now for the opportunity to see the Oompa-Loompas, incredible inventions, the great glass elevator and more, more, more at this everlasting showstopper!