WIN A DOUBLE PASS TO ROMANTIC FILM: FINDING YOUR FEET

finding your feet FREE TICKETS love affairs romance singles by Caroline Russo | on February 1, 2018 | 0 comments | in Competitions | Like it

Enter to be have a chance to get a double pass to see a romantic comedy-drama with Imelda Staunton, Timothy Spall, and Joanne Lumley, Finding Your Feet – releasing Feb 22.

To be in the draw send us email to [email protected] 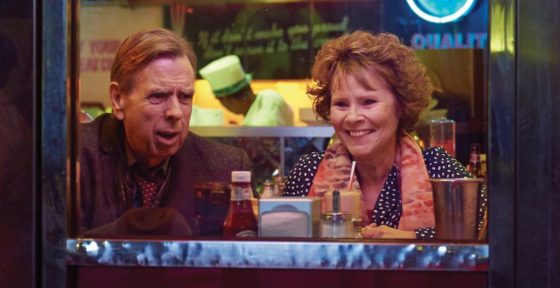 Charlie (Timothy Spall) and Sandra (Imelda Staunton) in a scene from FINDING YOUR FEET, directed by Richard Loncraine.
An Entertainment One Films release.

name address mobile and subject it FINDING YOUR FEET COMP

We ask that you subscribe to our Instergram https://www.instagram.com/hushhush_biz/ to be in the draw.

When ‘Lady’ Sandra Abbott (Staunton) discovers that her husband of forty years is having an affair, she seeks refuge with her estranged sister Bif (Imrie) in London. The two couldn’t be more different. Sandra is a fish out of water next to her outspoken, bohemian sibling. But when Bif drags her along to a community dance class, Sandra’s world is transformed. With unexpected friendships, romance, and a holiday in Rome on the horizon, Sandra finds the courage to reinvent herself.
Featuring an acclaimed British cast led by Imelda Staunton, Celia Imrie, Timothy Spall and Joanna Lumley, Finding Your Feet is a hilarious and heartwarming comedy proving it’s never too late to start again.