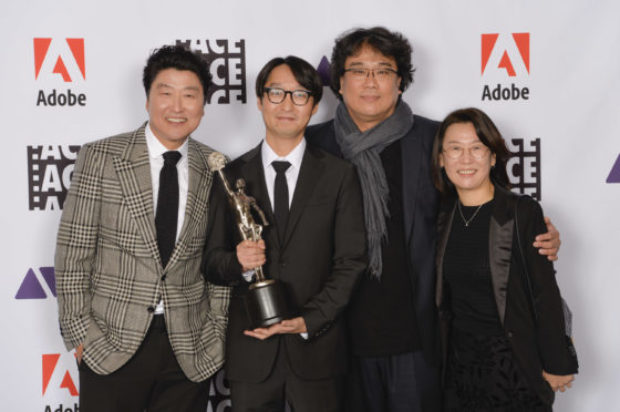 PRESENTED BY AMERICAN CINEMA EDITORS
RECOGNIZING THE BEST EDITING OF THE YEAR IN FILM, TELEVISION AND DOCUMENTARIES 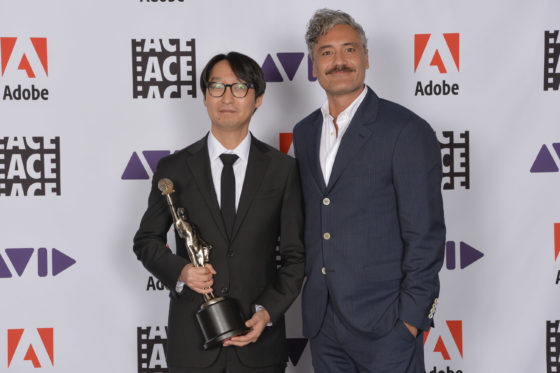 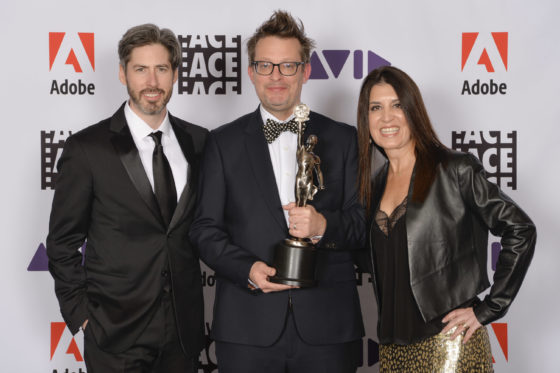 Beverly Hills, Jan. 17 – “Parasite” (edited by Jinmo Yang) and “Jojo Rabbit” (edited by Tom Eagles) won Best Edited Feature Film (Dramatic) and Best Edited Feature Film (Comedy) respectively at the 70th Annual ACE Eddie Awards tonight where trophies were handed out recognizing the best editing of 2019 in 11 categories of film, television and documentaries. This marks the first time in ACE Eddie Awards history that a foreign language film won the top prize. The black-tie ceremony was held in the International Ballroom of the Beverly Hilton Hotel with over 1000 in attendance to celebrate. President of American Cinema Editors, Stephen Rivkin, ACE, presided over the evening’s festivities with actress D’Arcy Carden, star of NBC’s “The Good Place,” serving as the evening’s host.

Actor Cary Elwes presented the Anne V. Coates Student Editing Award to Chase Johnson of California State University, Fullerton who beat out hundreds of competitors from film schools and universities around the country.

National Executive Director of the Motion Picture Editors Guild, Cathy Repola, was presented the ACE Heritage Award in recognition of her immeasurable contributions and commitment to advancing the image of the film editor, cultivating respect for the editing profession and dedication to ACE.

ABOUT AMERICAN CINEMA EDITORS
AMERICAN CINEMA EDITORS (ACE) is an honorary society of motion picture editors founded in 1950. Film editors are voted into membership on the basis of their professional achievements, their dedication to the education of others and their commitment to the craft of editing.

The objectives and purposes of the AMERICAN CINEMA EDITORS are to advance the art and science of the editing profession; to increase the entertainment value of motion pictures by attaining artistic pre-eminence and scientific achievement in the creative art of editing; to bring into close alliance those editors who desire to advance the prestige and dignity of the editing profession.