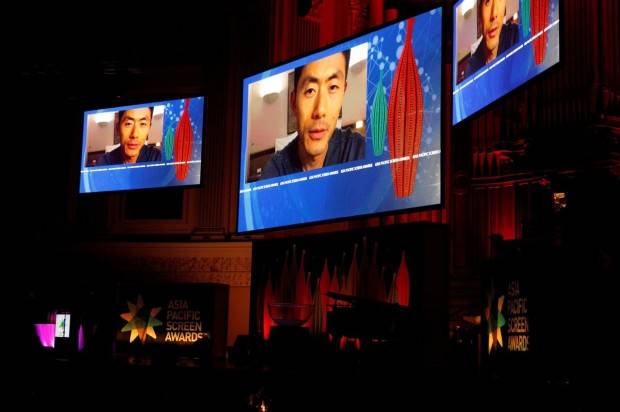 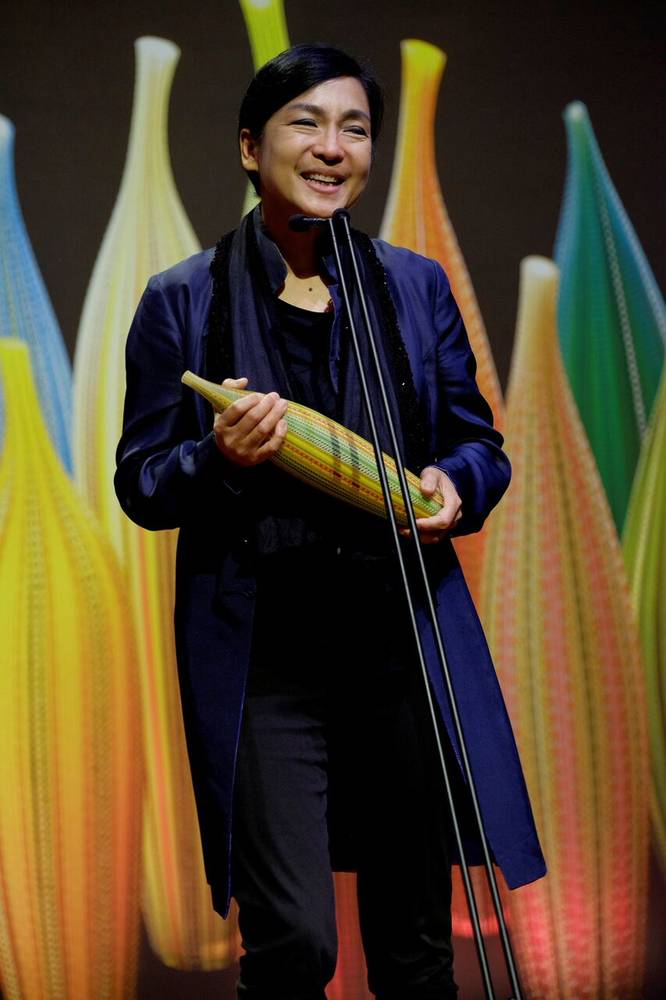 The APSA UNESCO Award for outstanding contribution to the promotion and preservation of cultural diversity through film was awarded to Palestinian director Hany Abu-Assad for The Idol (Ya Tayr El Tayer, Palestine, Qatar, United Arab Emirates, United Kingdom, Netherlands).

Assad, from the set of his new film, said ‘ Thank you dear jury for this great honor, giving us the UNESCO Award is a courageous decision at this time. The world seems to lose hope in the future. The Idol is a film about hope and our job as an artist is to keep believing in a better future. Our main job is to let people believe in making the world better, and to believe yourself that you can make a difference.’

Editor Eyas Salman, who also edited Abu-Assad’s 2013 APSA Best Feature Film winner Omar, accepted the award on the night. The Idol is inspired by the true story of 2013 Arab Idol winner Mohammed Assaf, whose rise to fame both gave hope to and united a people. Assaf has gone on to become the first Regional Youth Ambassador for the United Nations Relief and Works Agency in the six decades of the organisation’s history.

“I would like to warmly congratulate all winners and nominees in tonight’s awards. The Asia Pacific Screen Awards are a true celebration of the cinematic excellence of our rapidly growing region and a unique testament to the vibrancy, diversity and divergence of Brisbane and the Asia Pacific,’ said Brisbane Lord Mayor Graham Quirk.

“APSA builds on Brisbane’s reputation as a cultural hub of the Asia Pacific region and the city’s position as Australia’s New World City,” Cr Quirk said.

APSA Chairman Michael Hawkins said ‘APSA is a vital platform that allows the voices and images of film to be promoted and acclaimed. In 2015 more than 300 films from 41 countries came to APSA in Competition, evidence that Asia Pacific is alive with vibrant and fearless filmmakers.’

‘Tonight it is a true honour for us all to share in this celebration of cultural diversity through art of filmmaking, an event that is unrivalled in Asia Pacific.’ he said.

Kim Dong-ho said ‘The deliberating process was incredibly hard work, due to all the nominated films being outstanding, but we’ve done our best to select ‘the best of the best’. I’d like to express my deep congratulations, not only to the winners, but also to all the nominees for their great achievement.’

The APSA for Achievement in Directing goes to Russian director Alexey German Jr for Under Electric Clouds (Pod elektricheskimi oblakami, Russian Federation, Ukraine, Poland). The award was accepted on the night by actress Victoria Korotkova.

Best Performance by an Actress was awarded to Kirin Kiki, one of the most influential actresses in Japan, for An (Japan, France, Germany). Kiki is the first Japanese actress to win APSA Best Performance by the Actress in the nine-year history of the event.

The jury gave a Special Mention to iconic Iranian actress Fatemeh Motamed Arya for her performance in Avalanche (Bahman, Islamic Republic of Iran).

Master cinematographer Mark Lee Ping-bing took out the award for Achievement in Cinematography for Hou Hsiao-hsien’s The Assassin (Nie Yinniang, Taiwan). Mark Lee Ping-bing has previously received two nominations in this category, in 2011 for Norwegian Wood and 2007 for The Sun Also Rises.

The Jury gave a Special Mention for Achievement in Cinematography to Lu Songye for Tharlo (People’s Republic of China).

BEST PERFORMANCE BY AN ACTRESS
Kirin Kiki in An
Japan, France, Germany

Park Jungbum for writing/directing/acting in Alive (Sanda),
Republic of Korea