Host Shane Jacobson was joined by an incredible line-up of top Australian film and television talent to celebrate the nation’s top screen achievements at the 2019 AACTA Awards Ceremony presented by Foxtel, held at The Star Event Centre in Sydney. In another stellar year for the Australian screen industry, THE NIGHTINGALE, TOTAL CONTROL, LEGO® MASTERS AUSTRALIA, Jennifer Kent, Deborah Mailman, Damon Herriman and Rachel Griffiths were among the winners announced at the Ceremony this evening.

Jennifer Kent made AFI | AACTA history this evening following the three awards received for her outstanding film, THE NIGHTINGALE. Kent was awarded the AACTA Award for Best Direction, Best Screenplay and Best Film, of which she was a Producer making her the first woman to have received Awards across all three categories, for the same film, in a single year. Although she received the AACTA Awards for Best Direction and Best Screenplay in 2015 for her debut feature THE BABADOOK, this year she is recognised also for her work as a producer on her confronting feature. The film’s vengeful female lead, Aisling Franciosi, received the AACTA Award for Best Lead Actress marking her first AACTA Award nomination and win. 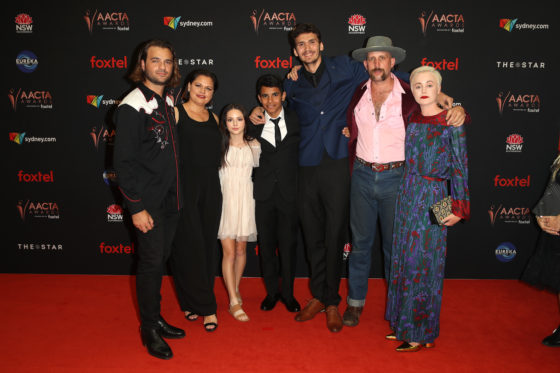 Cast and crew of Robbie Hood

Additional television awards went to LOVE IT OR LIST IT AUSTRALIA for Best Lifestyle Program, and AUSTRALIAN SURVIVOR: CHAMPIONS VS CONTENDERS, which won Best Reality Series for the second consecutive year and marked their third consecutive AACTA Award nomination in the category. 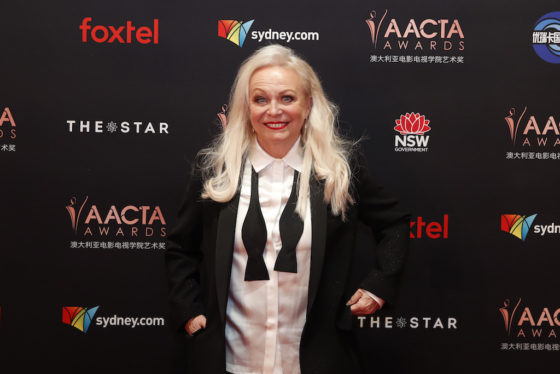 Sam Neill accepted the Longford Lyell Award, Australia’s highest screen accolade for his remarkable career that spans almost five decades with over 130 film and television performance credits to his name. The Award was presented to Neill by Dr. George Miller, with touching tributes from Meryl Streep, Taika Waititi and Jane Campion, among many others.

P.J. Voeten was announced as the recipient of the Byron Kennedy Award which celebrates outstanding creative enterprise within the screen industry, particularly for his work on MAD MAX: FURY ROAD, AQUAMAN and recent hit series LAMBS OF GOD.

Congratulating this year’s AACTA Award recipients, AFI | AACTA CEO Damian Trewhella said, “It is a momentous occasion here tonight as we celebrate the fine achievements of our industry. We are thrilled that this year has seen some of the strongest and most diverse stories shine across a range of platforms, from feature film and television, to documentary and the ever expanding online space, the Awards this evening have recognised the tremendous vibrancy of our creative community and contributions to both the Australian and global screen industries.”

“The AACTA Awards play a leading role in reinforcing NSW’s position as the creative industries capital of Australia and shine a global spotlight on our local screen industry,” said NSW Minister for Tourism Stuart Ayres. “Through the ongoing support from the NSW Government, we’ve retained our crown as Australia’s premier state for film and television production. The Awards celebrate our very best home grown talent, both in front of and behind the camera and I congratulate all nominees and winners for their collective success.” 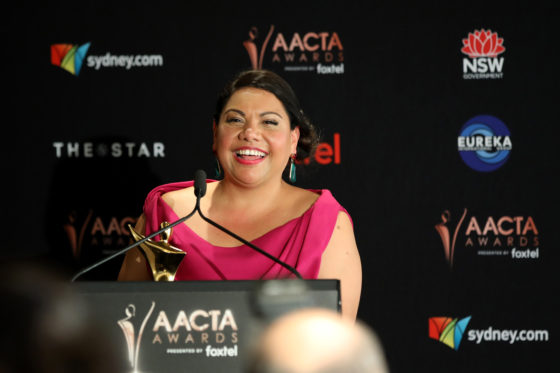