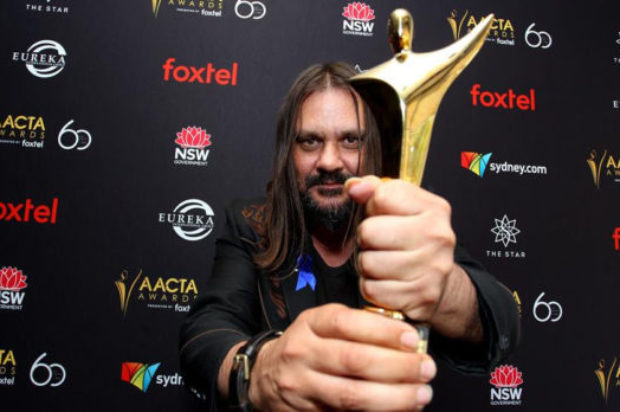 SWEET COUNTRY, LADIES IN BLACK, MOUNTAIN and PICNIC AT HANGING ROCK lead the Awards count with three Awards each.

This year’s first AACTA Award winners were announced today in Sydney at the 2018 AACTA Awards Industry Luncheon presented by Foxtel, held at The Star Event Centre.
Celebrating both the 60th Anniversary of AFI | AACTA – Australia’s longest standing national screen culture and industry development organisation – and the nation’s top achievements from the past year, 35 Awards were presented during the Luncheon, recognising screen craft excellence across all industry sectors.

The remainder of this year’s Award winners will be announced at the AACTA Awards Ceremony presented by Foxtel on Wednesday 5 December, held at The Star Event Centre in Sydney and telecast at 8:30pm on Channel 7, with encore screenings on Foxtel.
The inaugural AACTA Award for Best Indie Film presented by Event Cinemas went to Australia’s Best Foreign Language Film Oscar® entry for this year, Benjamin Gilmour’s JIRGA. Event Cinemas will further celebrate Australian independent film with special screenings of JIRGA in 2019, giving audiences all around Australia the opportunity to see the AACTA Award-winning film on the big screen. “On behalf of the Australian Academy, I congratulate all of this afternoon’s nominees and winners,” said AFI | AACTA CEO Damian Trewhella. “AACTA is the only Australian organisation to honour practitioners across all screen industry sectors and genres, and this afternoon’s luncheon was a true showcase of the world-class talent within our industry, both in front and behind the camera. In addition to Oscar®, BAFTA, Emmy and multiple AFI and AACTA Award winners, we also saw 43 first-time AACTA Award winners receive well-deserved recognition, a promising sign for what lies ahead for the Australian screen industry.”

“I congratulate all of today’s winners and am delighted that Australia’s leading state for film and television production, NSW, is home to the industry’s most prestigious awards, the AACTAs,” said NSW Minister for the Arts Don Harwin. “Having supported the AACTAs since 2011, the NSW Government recognises the importance of creativity and remains committed to growing this vital industry.”