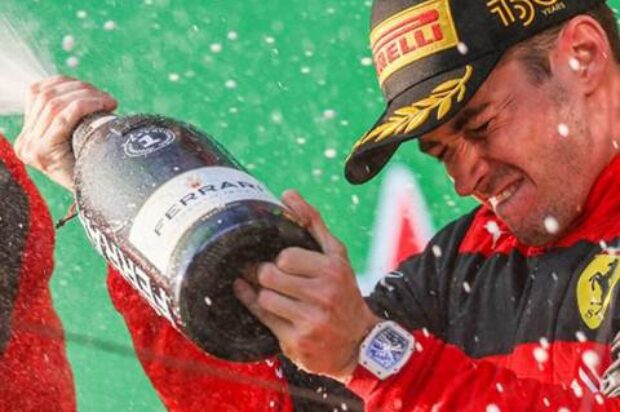 While a capacity crowd descended on Albert Park Grand Prix Circuit in Melbourne for the highly anticipated return of the Formula 1® Heineken Australian Grand Prix, Australians raced to their screens to catch all the live and free action of the race on 10 and 10 Play.

With a peak national audience of 886,000 viewers, 729,000 national viewers tuned in to see Ferrari’s Charles Leclerc dominate the race from start to finish and extend his championship lead.

The race was on pole position claiming victory in the key advertising demographics, under 50s, 25 to 54s and 16 to 39s, as well as total people with a commercial share of 53.3%.

Yesterday’s race was the #1 non-news program in Melbourne.

The 2022 Formula 1® Heineken Australian Grand Prix dominated social media yesterday, with more than 48,000 Twitter impressions across the weekend and views upwards of 87,000 across Network 10’s social properties. Formula 1 related terms featured in the top 10 Twitter trends in Australia across the weekend.

Mark Webber said: “It was incredible to be back at Albert Park and involved with Network 10’s broadcast of the Formula 1® Heineken Australian Grand Prix.

“This year was bigger and better than ever before and Melbourne pulled out all the stops. It is the perfect setting for a race like this, and the atmosphere was absolutely electric.

“The crowd was undoubtedly supporting Daniel Ricciardo, but it was amazing to see a drive like that from Ferrari’s Charles Leclerc on Australian soil,” he said.

Network 10’s Director of Sport Production, Adam Cush, said: “It may have been absent for two years but the Formula 1® Heineken Australian Grand Prix reminded Australians why it remains one of the premier sporting events in Australia.

“It was a remarkable weekend, on and off the track, and our viewers were treated to a world-class event and world-class coverage.

“The weekend was a success thanks to the amazing support of the fans, our sponsors, our great partners Formula One Management and the Australian Grand Prix Corporation, and our great on-air team and production crew, who delivered exciting and gripping live television,” he said.