Errol Flynn film festival winton film made in qld gold coast in like Flynn mt Tamborine Thomas Cocquerel by Caroline Russo | on June 18, 2018 | 0 comments | in Film Festival | Like it 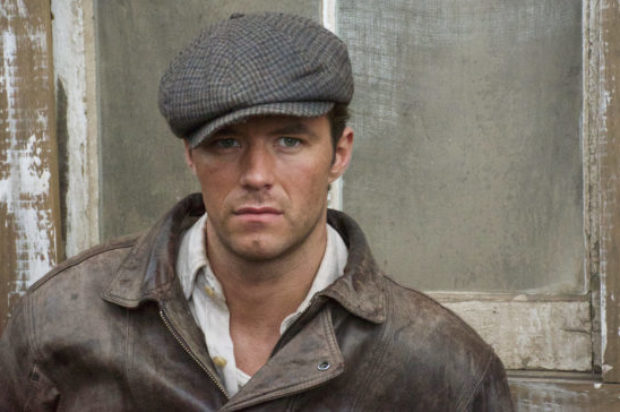 The Winton Film festival is gearing up to open on the 29th June with a great mix of Australian films. The annual festival will also give audiences their first glimpse of the Queensland made Errol Flynn biopic In Like Flynn.

Written by Corey Large, Steve M. Albert and Mac Furmie, the film is an adaptation of Flynn’s 1936 memoir Beam Ends and covers Flynn’s young adult life as an adventurer before he made his way to Hollywood. The Australian actor was many things before achieving stardom on the silver screen; opium smuggler, gambler, street fighter, womanizer and gold prospector.

Producer James M Vernon says, who has many film credits to his name including the Oscar nominated Hacksaw Ridge says, “The film shoot took over 7 weeks and we had some great locations in and around Queensland, with additional support from Gold Coast Film council helping us with some of the great locations around Gold Coast.” He says of the film, “It’s a different film and kinda unlike anything that’s come out of Australia.”

Up and coming actor Thomas Cocquerel plays the swashbuckling Flynn. The NIDA graduates credits include last year’s wedding comedy Table 19, Red Dog: True Blue and this year’s Billionaire Boys Club. Cocqueral comes from an acting family. His sister Elsa, stars in the Stan series Wolfcreek and Anna currently stars in Home and Away. Vernon is in awe of Cocqueral’s talents likening him to our own Hugh Jackman.

At the helm of the film is director Russell Mulcahy, who directed the cult classic Highlander. Notably, the Australian also directed the iconic music video for The Buggles “Video Killed The Radio Star” in 1979.

In Like Flynn will be released later this year through Umbrella. The Winton Film Festival commences on the 29th of June. Find out more at http://www.visionsplendidfilmfest.com/