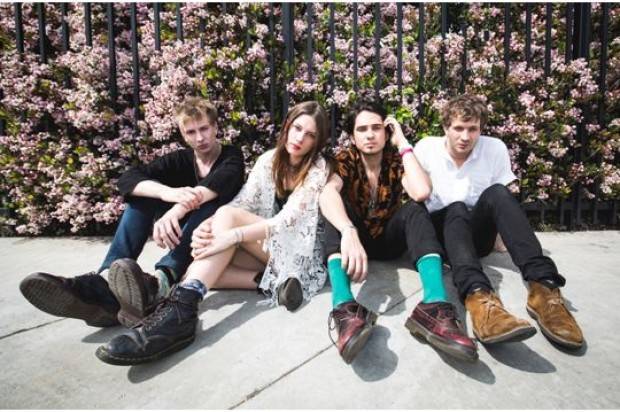 Watch the video below
https://www.youtube.com/watch?v=TD_Q9CxXTo4

With their debut album MY LOVE IS COOL fast approaching, London’s Wolf Alice has today unveiled the video to current single ‘Bros’.

An infectious ode to the elation that only truly great friendships can bring, with guitar work that fizzes and bubbles from the off atop a frolicking drum beat.

Filmed in Finsbury Park and Holloway, North London, where singer Ellie Rowsell grew up, and directed by the upcoming ‘sblood – the team behind the band’s now infamous ‘Giant Peach’ video, the ‘Bros’ video follows on with Ellie’s dedication to friendship.

“It’s an ode to childhood imagination and friendship and all the charm that comes with that”, says Rowsell, turning to a moment of nostalgia for adults as two youngsters use London as their playground and embark on a day that more than most will remember from their childhood, and a time that many often long for.

My Love Is Cool was produced by Mike Crossey (Arctic Monkeys, Foals, Black Keys) and will be released on Dirty Hit Records through Sony Music Entertainment Australia on 19th June 2015.

Pre-orders are available from http://po.st/MyLoveIsCool