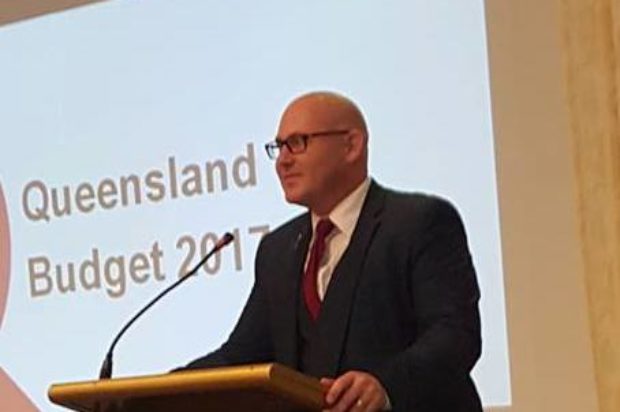 “There will be economic benefits of around $1 billion over 30 years which will flow through to the wider south east Queensland community from this project,” he said.

“This major construction will support 1,300 jobs and take about two years to complete.”

“Construction of the project is being financed by Transurban Queensland, and will be predominantly funded from increased tolls for heavy commercial vehicles on the network.” Main Roads and Road Safety Minister Mark Bailey said the project would deliver significant upgrades to the Logan and Gateway Extension motorways, improving safety and travel times.

Health Minister and Member for Woodridge Cameron Dick said it is a win for the local community and Queensland road users.

Minister for Communities, Woman and Youth and Member for Waterford Shannon Fentiman encouraged motorists and interested community members to keep up-to-date on the progression of the project.

“The easiest way to do that is to subscribe to receive regular updates via loganenhancementproject.com.au,” she said.

Minister for Innovation, Science and the Digital Economy and Member for Algester Leeanne Enoch welcomed feedback from locals at recent information session.

“The community information days at the Logan West Library and the Logan Enhancement Project Office were useful to the project team and that feedback has informed design,” she said.

Minister for Housing and Public Works, Minister for Sport and Member for Springwood Mick de Brenni said it was also for the trucking industry.

“This project will deliver real savings for the heavy vehicle industry through fuel efficiency, reduced maintenance and time savings,” he said.

Member for Logan Linus Power said he looked forward to works getting underway.

“The new interchange designs will reduce the amount of congestion that motorists currently experience and improve road safety for this busy intersection of motorways,” Mr Power said.

Member for Stretton Duncan Pegg said it would also increase active lifestyle opportunities in the local area thanks to shared cycle and pedestrian paths and dedicated bicycle lanes.

“An on-road cycle lane and an off-road footpath will be constructed on each side of Compton Road, there will be dedicated bicycle lanes through the intersections with traffic signals that will be upgraded and a distinctive bridge allowing pedestrians and cyclists to travel over the new eastbound service road linking to the Gateway Extension Motorway,” Mr Pegg said.

“Minimising the impacts of construction on our neighbours and road users is a top priority for Transurban Queensland,” Mr Ballantine said.

“Where possible, early works will be limited to daytime hours off the motorway, but for the safety of road users, some works will need to be undertaken at night with single lane closures throughout various parts of the project area.