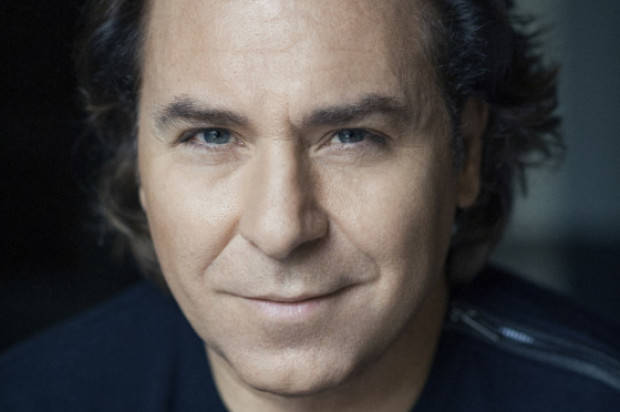 QSO Chief Executive Officer Sophie Galaise said the company was thrilled to partner in bringing an international superstar of the calibre of Roberto Alagna to Brisbane in what is another major coup for Queensland.

Roberto Alagna is a unique tenor with smouldering good looks and an extraordinary background, marked by tragedy and turbulence, and ultimately, incredible success. But unlike most other tenors he has a performing background in cabaret – and that gives him the ability to cross the boundaries.

For Australian audiences Mr Alagna has created a program that will truly showcase his sublime instrument. As well as performing some of the great operatic arias, he will sing popular songs that reflect his Sicilian, Neapolitan and French musical background.

Roberto Alagna’s career spans over 30 years; he has a repertoire of more than 60 roles (including two operas which were composed specifically for him) and his diverse discography is one of the richest that exists, boasting numerous gold, platinum and double-platinum sellers. He is also one of the opera world’s most intriguing and fascinating characters. The title of his 2014 album “My Life is an Opera” rings true as his personal story is a librettist’s dream.

As a young man he studied accountancy, sang in Parisian cabarets and released a pop album. Influenced by the films of Mario Lanza, he made the switch to opera, and in 1988, when Luciano Pavarotti came to Paris and was signing copies of his recordings Alagna pushed his way through the throng, stood before Pavarotti and told him he wanted to be an operatic tenor.

Lead roles and acclaim at opera houses such as La Scala, Royal Opera House Covent Garden and the Metropolitan Opera in New York followed. As his career continued to gather momentum, his personal life comprised intense highs and lows. His first wife died of a brain tumour leaving him with a 2-year-old daughter. He then married famous Romanian soprano Angela Gheorghiu and together they reigned as opera’s golden couple for over a decade. He recently married Polish soprano Aleksandra Kurzak and together they have a young daughter.

Mr Alagna will be supported on this tour by a young German-based Australian soprano Siobhan Stagg, who has quickly established herself as a rising star of the opera and concert stage. The legendary German mezzo soprano Christa Ludwig has described her voice as ‘one of the best I’ve ever heard’, and she has recently attracted the attention of the international press when chosen to step in at short notice for major performances with the Berlin Philharmonic and Royal Opera House in London.

Stefano Miceli, who is currently working with the NYC Opera Renaissance and Bellini Opera Foundation in Michigan, will conduct the Australian Sinfonietta Orchestra in Sydney and Melbourne, and the Queensland Symphony Orchestra with Roger Jonsson Concertmaster. Maestro Miceli is a regular guest artist as pianist and conductor at festivals and theatres across USA, Europe and Asia.

Roberto Alagna has sold millions of albums of this unique crossover blend, enjoying the devotion of a vast mainstream audience while never compromising on his rigorous approach to singing the great operatic repertoire.

Deutsche Grammophon and Universal Music Australia are delighted to release Alagna’s 2-CD album “Robertissimo” in conjunction with the Italian/French tenor’s much anticipated Australian tour. This official tour edition of “Robertissimo” features Alagna at his magnetic best, including arias from Verdi, Donizetti, Massenet and Puccini.

Alagna is being brought to Australia by the arts patron and philanthropist, Lady Southey AC, a co-director, with Franca Smarrelli, of SkyHigh.

As a result of funding from the Queensland Government to QSO, Queensland students will be given an extraordinary opportunity – access to a rare Open Rehearsal with Roberto Alagna and the orchestra ((open to students of music and vocality from various tertiary institutions).

“He leaves you no doubt that his is an international talent: he has the voice, the temperament, the charisma” – The Independent, UK
“Truly stirring” – Telegraph, UK