CinefestOZ are proud to announce the World Premiere of Ruby’s Choice will light up cinema screens at the upcoming 2021 festival. Directed by Michael Budd (Life of the Party) and written by Paul Mahoney (Mainland Tonight), the film explores the humanising story of a grandmother dealing with dementia, whose family re-discover the value of her presence in their lives.

Featuring a fantastic Australian and international cast, the film is led by the incredible Jane Seymour in the title role, alongside Jacqueline McKenzie, Stephen Hunter and Coco Jack Gillies.

Ruby, a sweet creative elderly lady who lives alone, has undiagnosed dementia. After accidentally burning her house down she is forced to move into her daughter Sharon’s crowded home and share her granddaughter Tash’s bedroom. Family dynamics are shifted as family secrets are unraveled, and Ruby soon has a surprising advocate when the time comes to move her into a nursing home. Unable to access services required to keep Ruby safe, Sharon is faced with the ultimate dilemma to go against her mother’s wishes, or do what she thinks is best for Ruby. 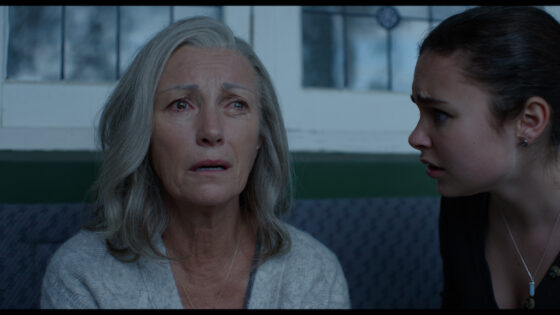 Ruby’s Choice is the fourth feature from Budd, who produced the film alongside Jessica Butland, Holly Brisley, Allison Berger and Bianca Wei. Budd is excited for the film’s World Premiere at CinefestOZ this year, a festival supporting Australian storytelling and experiences.

“Film is a fundamental way of reaching the community to start such a conversation about an issue of exceptional importance,” he said. “Dementia is a really tricky topic to discuss in film. As the director of Ruby’s Choice I drew on my personal experiences interacting with people with dementia, including my grandmother. My aim was to carefully portray dementia in a highly accurate and respectful way as a result.”

“It will mean the absolute world to me and everyone who has been a part of the extraordinary crew to see our world premiere filled with friendly, recognisable faces. We worked incredibly hard to pull Ruby’s Choice together throughout the pandemic because it is a story so close to our hearts and an important one to get out into the public arena.”

Tickets to the film’s premiere at CinefestOZ will also include a fantastic high tea canapé soiree before the screening, accompanied by live music at Margaret River HEART. The filmmakers will host an enlightening Q&A after the film where visitors will be able to hear behind-the-scenes stories of how the film was made.

CinefestOZ CEO Malinda Nixon said Ruby’s Choice would have a meaningful impact on audiences when it screens for the first time.

“We’re thrilled that Michael and the team behind Ruby’s Choice will celebrate their World Premiere with us. The film is a genuine, reflective and uplifting story that I’m sure our audience will be affected by, as dementia is a condition that touches the lives of so many Australians. You’ll leave the cinema in love with Ruby, in awe of Jane’s performance, and you will have been the first in the world to see it!”

During the film’s production in Sydney last year, filmmakers were supported with resources and insights from Australian organisation Dementia Foundation for Spark of Life. As the official charity partner for the film, they assisted by making sure the story was true to real life experiences of families dealing with dementia.

President of the charity, Hilary Lee, thanked Budd for his persistence in making the film a reality, despite the challenges of filming in 2020 due to COVID-19.

“Ruby’s Choice is a film with a unique and positive perspective about dementia that will touch the hearts of all who see it. Michael has brought together a phenomenal cast and crew led by Jane Seymour. Jane’s sensitive and authentic portrayal of Ruby enables us to see that people with dementia are just like us, with the same emotions and feelings.” she said.

“Our foundation has a natural synergy with Ruby’s Choice, as we work to transform the experience of dementia from being disempowered and forgotten, to being emotionally connected and loved. We aim to enrich the lives of people with dementia around the world, thus igniting their spark of life.”

In addition, Dementia Foundation for Spark of Life will host a charity raffle at the screening event to win a generous artwork donation from WA artist Leon Pericles.