WORLD PREMIERE OF FRIENDS: THE REUNION WILL AIR ON BINGE SAME TIME AS THE WORLD PREMIERE, STREAMING MAY 27 FROM 5.02PM AEST

BINGE, home to the world’s best entertainment, will deliver one of the year’s most anticipated TV moments with the announcement that FRIENDS: THE REUNION will be available to stream express from the U.S. at 5.02pm AEST on Thursday 27 May.

BINGE Executive Director Alison Hurbert-Burns said: “Friends doesn’t need an introduction – it’s simply iconic. The show that delivered us Rachel, Joey, Monica, Chandler, Phoebe and Ross remains as popular today as it was when it aired.

“With fans holding out hope for a reunion for years, BINGE is delighted to bring FRIENDS: THE REUNION to Australians and have it join all 10 seasons of Friends already available to stream on BINGE. I’ll be on the couch and joining the rest of Australia at 5pm next Thursday to watch along with the world.”

Fans can catch up on all 236 episodes of Friends, with all 10 seasons of the smash-hit, Emmy Award-winning comedy now streaming on BINGE. 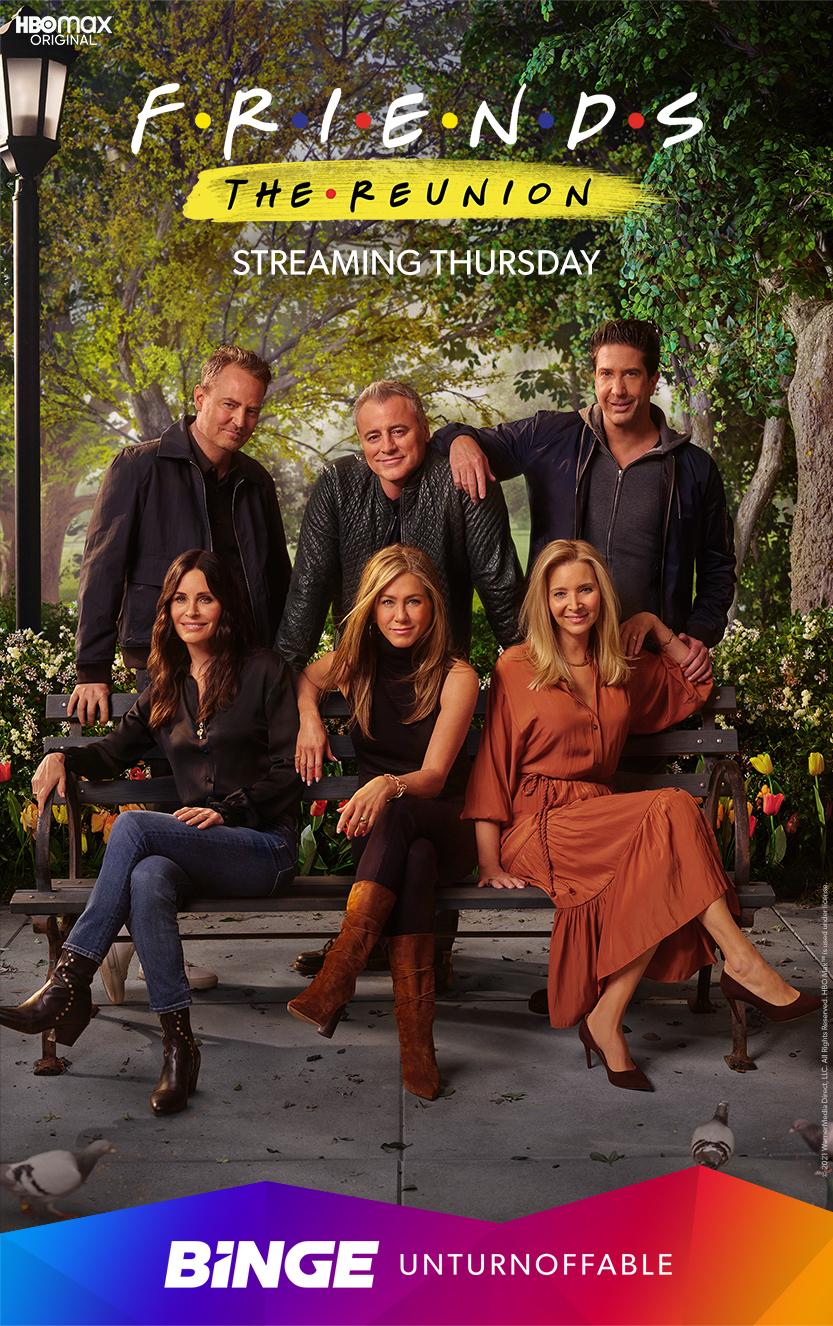