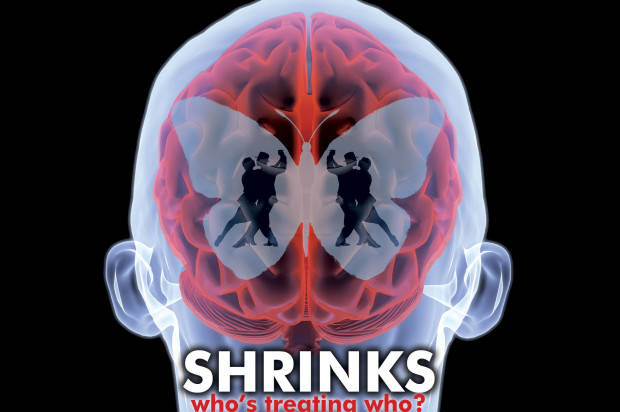 NEW TIMOTHY DALY PLAY TO HAVE WORLD PREMIERE IN QUEENSLAND

An engaging, warm, and witty comedy, Shrinks follows two psychotherapists, the husband and wife team of Drs Thomas Hapgood and Vivienne Anderson, as they each attempt to ‘cure’ a charismatic patient, Carl, only to both fall in love with him. With the pair stuck in a tired relationship rut, the unusual young man seduces them with charm and joy and the passion of the Bossa Nova, raising questions of freedom, love and self-analysis.

Writer, Timothy Daly (Kafka Dances, Don’s Last Innings, Derrida in Love), is one of Australia’s top playwrights and one of the few regularly produced overseas. The recipient of the 2013 Keysing Award and the 2008 Patrick White Award, he has worked with Oscar-winning and nominated actors such as Geoffrey Rush and Jacki Weaver, and Kafka Dances (the most internationally produced Australian play) is known for launching the career of Oscar winner, Cate Blanchett.

As well as being currently in negotiations with major US theatre companies, Daly has just returned from a six-month residency in Paris, awarded by The Australia Council (Keysing Award) and in the last year alone his works have been performed in Paris, Prague, and Poland with one of them, The Man in the Attic, playing to full houses at Europe’s most prestigious theatre festival, the Festival of Avignon.

Shrinks was originally written for Australian actress, Jacki Weaver, just prior to the first of her two Oscar nominations and has now been translated into French ready for production overseas in 2016.

Producer, Monette Lee, says Queensland (and indeed Australia) is privileged to have beaten Europe to it. “We are extremely proud to be presenting Shrinks for the very first time, right here in Queensland. It’s a delightfully funny and witty play, and just beautifully written of course, and we are looking forward to having Timothy here for the premiere,” she says.

As part of the season, each of the three venues will also host a Q & A as well as a Bossa Nova dance class for members of the audience. Shrinks will run atHelensvale Cultural Centre from Thu 16 – Sat 18 Oct, Brisbane Arts Theatre from Mon 20 – Wed 22 Oct, and Noosa Arts Theatre from Sat 25th – Sun 26th Oct.