World Premiere At Qpac With Katie Noonan and Brodsky Quartet 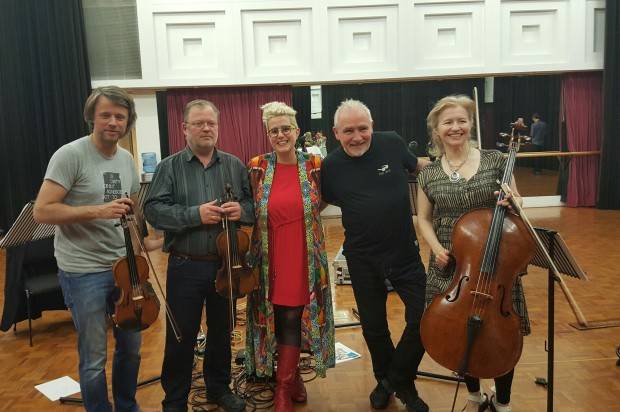 Katie Noonan and the Brodsky Quartet will collaborate for the first time ever in With Love and Fury, opening as a world premiere at Queensland Performing Arts Centre (QPAC’s) Concert Hall tomorrow Thursday 28 April 2016 at 8.00pm, ahead of a seven city national tour.

An album, With Love and Fury, was recorded in London and released earlier this month.

“I am so thrilled with the outcome of this project and believe we have created a truly beautiful and significant body of uniquely Australian work and I can’t wait to share this new music with you on our World Premiere Australia tour,” she said. In addition to the With Love and Fury concert, QPAC will also present a free conversation panel between some of the featured Australian composers; Elena Kats-Chernin, Paul Grabowsky, Andrew Ford and Paul Dean, with Brodsky Quartet’s Paul Cassidy and ffacilitated by QPAC Scholar in Residence, Judith McLean, from 6.30pm to 7.15pm in QPAC’s Concert Hall.

SUNDAY 1 MAY – ADELAIDE – HER MAJESTY’S THEATRE